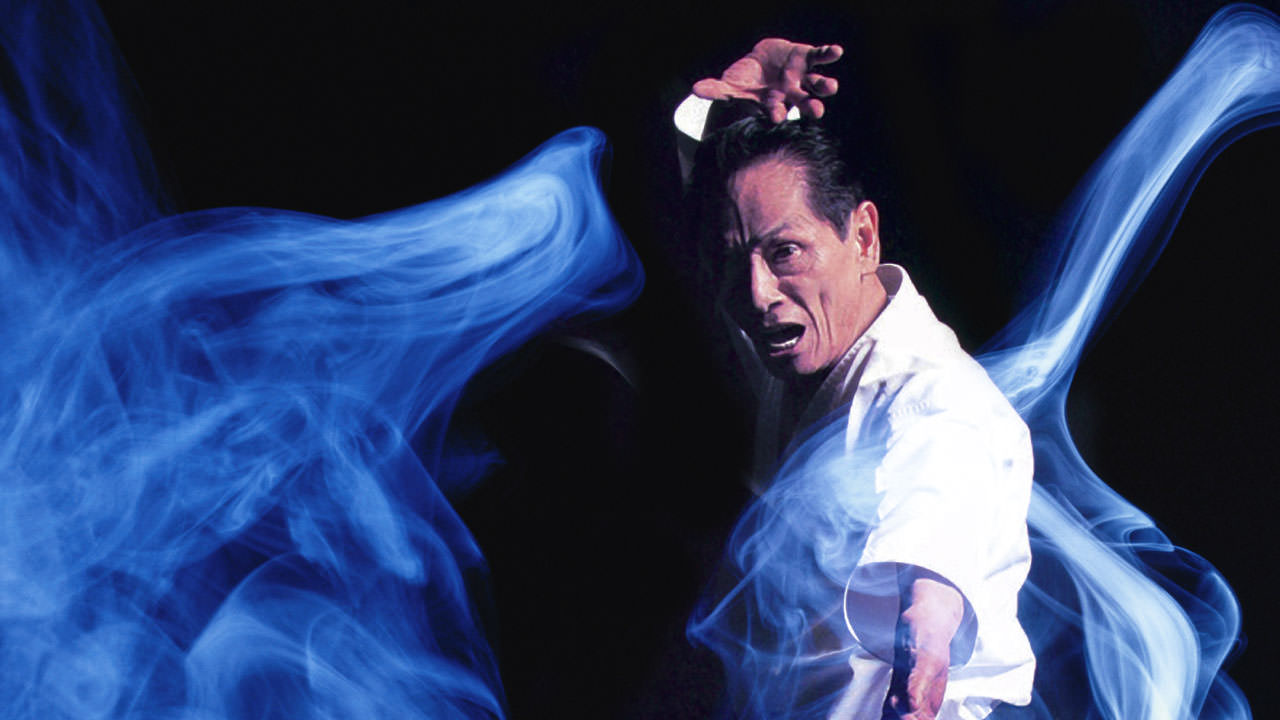 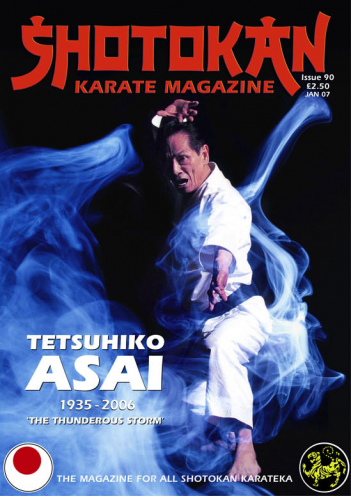 Master Tetsuhiko Asai 9th Dan 'The Thunderous Storm'. Who Owns Karate? By Mike Clarke. Letters to the Editor. Good Vibrations. By Scott Langley. The Dojo Kun and Karate Training. By Glenn Stoddard. Reverse Round Kick. By Kevin Warner. Jiyu Kumite ñ is it Necessary? By Matt Price. Karate and Law Enforcement in the USA. By Nathan Scarano.

It was a massive shock to me and many other Shotokan people to hear of the sudden death of Master Tetsuhiko Asai 9th Dan who sadly passed away on Tuesday August 15th 2006, at the age of seventy one, leaving a wife Keiko and daughter Hoshimi.

Asai sensei always seemed in such spectacular health, a man who religiously trained karate for two hours every morning of his life. It seems that many great Japanese Shotokan masters of this same era are leaving us at a relatively young age. Asai sensei's death is a huge loss to the Shotokan-Ryu fraternity regardless of affiliation. Here we will celebrate this incredible Shotokan instructor's 'karate' ability, style and knowledge. As Nakayama once said of Asai, ìHe is simply unique.î I think that says everything about this most dedicated karate-man, who led by example.

We had several interviews with Asai sensei in the magazine over the last twenty years. As part of the 'tribute' there are excerpts from those (early) interviews, which most readers will never have seen. Asai sensei was a gentleman who would not criticise the karate training methods of other people, rather he would let his own karate do the talking. This really is a sad time in Shotokan's history. I hope you enjoy the tribute to a truly 'unique' MASTER of his art.

This issue we have technical articles, by Scott Langley, Matt Price and Kevin Warner, plus articles dealing with the more 'philosophical' aspects from Mike Clarke and Glenn Stoddard and an article explaining the relationship between Karate and Law Enforcement training from Nathan Scarano 4th Dan Shotokan, a US Law Enforcement officer.

Although it's been a couple of years in preparation, the new DVD from the KUGB and KAMAE International, 'A Tribute To Sensei Enoeda', is more than worth the wait. Some of the archive footage of Enoeda sensei is simply 'outstanding', spanning from the early 1960's right up until his death in 2003. I really enjoyed the marvellous previously un-seen video footage of Enoeda sensei teaching at the famous Liverpool Red Triangle dojo.

The KUGB (Karate Union of Great Britain) was Enoeda sensei's 'Family', he was far more than just the organisation's Chief Instructor, he was a father figure, a friend and a 'Sensei' in every sense of the word, as is clearly evident from the wonderful tributes, anecdotes, funny stories and touching moments told by the most senior KUGB instructors. Enoeda sensei was incredibly proud of the KUGB and he, along with sensei Andy Sherry developed one of the best Shotokan teams the Traditional Karate world has ever seen during the 1980's early 1990's.

For Shotokan students who never had the unforgettable experience of training under this remarkable Master, then this DVD offers a marvellous insight. Enoeda sensei had such a massive influence on Shotokan Karate in this country and this DVD is a fitting tribute to his memory.
Editor. (Advert on back/inside cover).