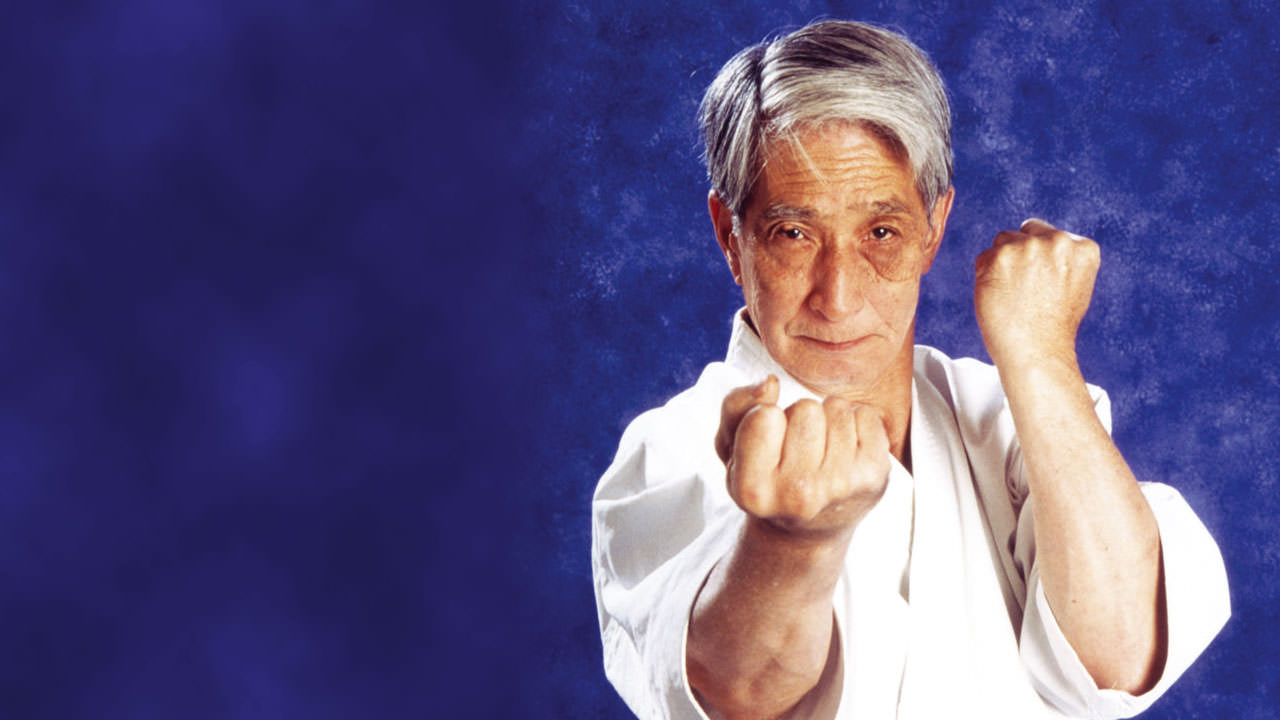 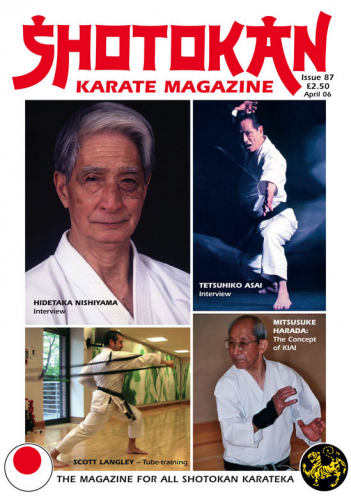 Interviews with both
Master Hidetaka Nishiyama
and
Master Tetsuhiko Asai

We have two interviews in this edition, both with legendary figures from the world of Shotokan karate. One with master Hidetaka Nishiyama 9th Dan, the Chief Instructor to ITKF, one of the founders of the original JKA, and also an interview with the equally legendary, master Tetsuhiko Asai 9th Dan, the Chief Instructor to both the JKS and IJKA. Asai sensei was formally Nakayama sensei's right-hand-man as the JKA Technical Director, then sensationally rocked the JKA to its very foundations in 1990 when he and several other senior instructors split from the main JKA body and the rest is Shotokan history!

The thing I like about this particular edition is the vastly differing views, opinions and even technical preferences and concepts of the various instructors who are featured. For instance Nishiyama sensei and Harada sensei are both the same age (mid seventies) and from the same era and both trained at the original Shotokan dojo in their youth with Shotokan's founder, Master Gichin Funakoshi. However, you will no doubt see two very opposite views from these two senior Shotokan masters. Nishiyama swears by the 'kiai' concept whereas Harada's idea is completely different. He also says that the ìOsuî salutation is a low class yakuza way of greeting people which no self-respecting educated Japanese would think of using. Wow! It makes fascinating reading from such senior Shotokan instructors. Of course they both went in totally separate ways, with Nishiyama helping establish the original JKA and develop competition karate and Harada staying loyal to the Shotokai movement. I felt it was extremely honest and noble of Nishiyama sensei to actually state that he (and Nakayama sensei) had made a mistake by devising the rules of competition in the early years without considering the future consequences. It's very interesting to read what he feels they should have originally done. The Shotokai movement perhaps knew what would happen (become merely a 'sport') and had no interest or inclination to develop competition because they felt it was opposed to the karate-do philosophy.

In terms of absolute opposites, the same applies with Scott Langley's excellent technical article (how to train with inner-tubes). Scott's gyaku tsuki (reverse punch) definitely stresses a 'snapping' action and 'not' a thrust-punch, whereas some Shotokan groups (notably Nishiyama sensei's people) frown strongly on snap-punches and say that the tsuki (punch) must be a thrusting action for maximum effect. A highly debatable point!

There's two excellent pieces by Mark Groenewold and Rob Redmond who many of you will know from their great websites. I'm pleased that both these prolific writers are big fans of SKM and look forward to more articles in the future.