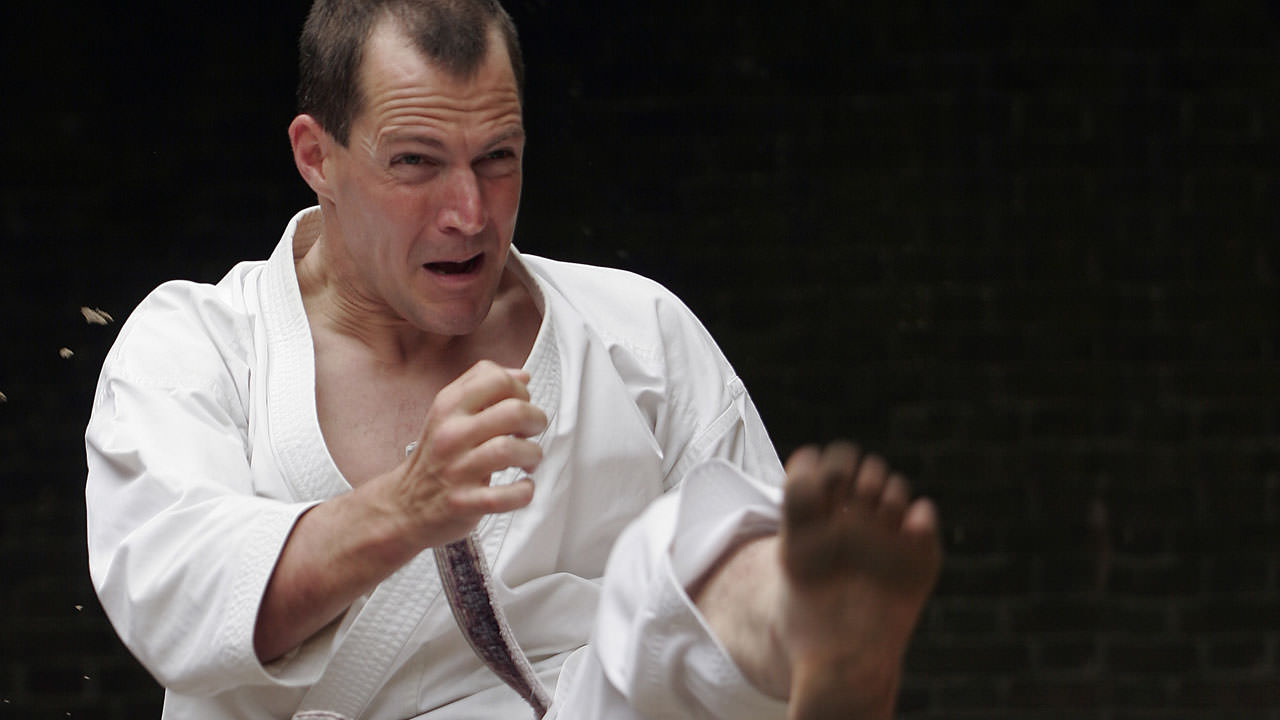 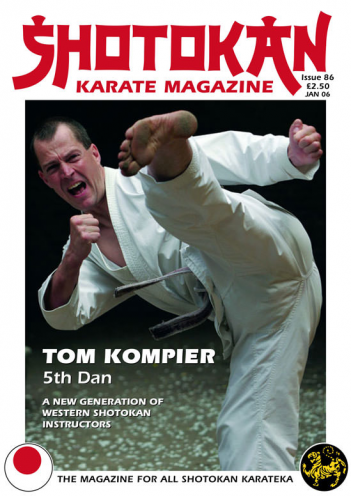 SENSEI TOM KOMPIER 5th Dan. Interview By Suresh Nair. THE ANATOMY OF A DOJO And Importance of Etiquette. By Mike Clarke. LETTERS TO THE EDITOR. MAWASHI GERI IN 3D. By Alan Campbell. CHANGING CONDITIONS. Training Realism. By Matthew T. Michaelson. THE SECRET MEANING OF KARATE-DO. By Kazumi Tabata. LOOK TO JAPAN? By Rob Redmond. HEEL OR BALL OF FOOT? By Richard Amos.

After training with Tom Kompier at his Amsterdam dojo, I can testify first-hand to the man's ability, training concept and all-round knowledge of Shotokan karate. He is what I would call one of the new generation of western Shotokan instructors who have emerged over the last few years. It would be fair to say that Tom Kompier teaches the Japanese style Shotokan with its strong emphasis on correct form and the typical kihon-kata-kumite tradition. Of course there are many other versions of Shotokan and some groups focus on a more kata-application based training regime. Although it's definitely Japanese style Shotokan that Tom Kompier favours, to me he still maintains his very obvious European or Western approach to 'teaching' the art. He has some very interesting points to make, both technical and otherwise in his interview. Tom Kompier is a very modest, humble guy with a great attitude and excellent technique. He has a superb dojo with a group of the most friendly, welcoming, dedicated students and fellow instructors. I highly recommend a visit if you ever go to the city of Amsterdam. And Amsterdam is pretty lively too!!!

Another prominent Shotokan sensei who really heads this new generation of young western Shotokan instructors in terms of seniority is British karateka Richard Amos 6th Dan the chief instructor of WTKO (World Traditional Karate Organisation) who's dojo is based in Manhattan, New York. Richard Amos was the first westerner to fully complete the JKA instructors course programme which was covered in his article in SKM issue 77. Richard has written yet another excellent technical article in this edition. It needs a careful read!

Rob Redmond's article has quite a 'different' theme and basically asks the question; why do so many Shotokan organisations (and others) still need to look to Japan for guidance, recognition and certification, bearing in mind that karate has been taught in the west for over forty five years? Rob comes up with a very interesting answer to this question!

If you have never trained in an authentic Japanese style dojo (in Japan or elsewhere) then Mike Clarke's article will be a real education. I think we sometimes tend to forget the importance of the dojo and equally importantly, the correct etiquette required once inside the dojo. It's part of the karate-do culture.

Many dojo's are now adding street-self-defense sessions to their traditional karate training (as described in Matthew Michaelsonís article). Traditional karate is practiced in bare feet wearing a plain white gi. The emphasis in the dojo is on self-control, self-improvement, etiquette, discipline and respect for your training partners/instructor etc. The very opposite of pure survival street-fighting, where any 'respect', control or compromise goes out of the window! Whether you can actually mix classical karate-do and 'anything-goes' street-fighting is open to debate? Some say it's like mixing classical-music and punk-rock! Which most would say, simply does not work! So, should they be trained separately; meaning in different locations at different times/days from normal dojo practice?