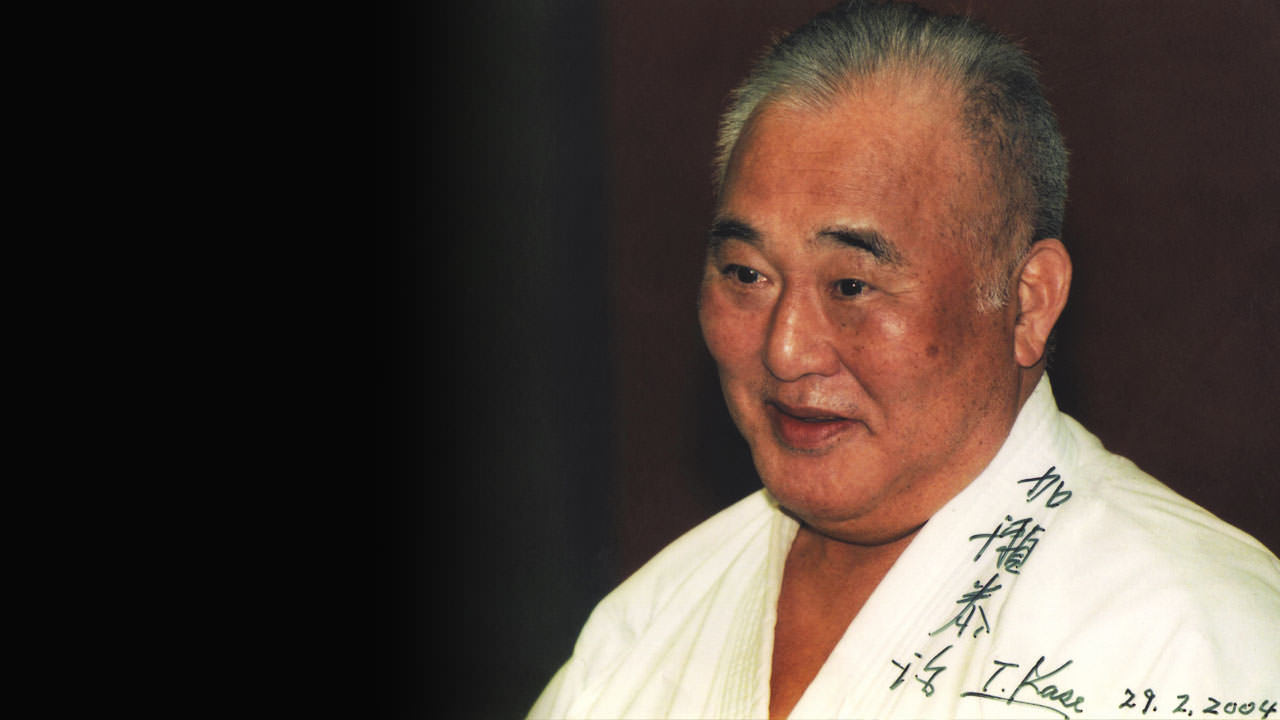 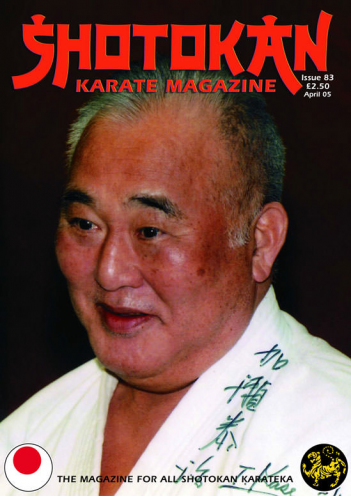 TAIJI KASE 9th Dan. Conversations With A Master. By Graham Noble. TAIJI KASE: PORTRAIT OF A MOTOR GENIUS. By Dr. Bill Laich. LETTERS TO THE EDITOR ESA TRIBUTES TO SENSEI KASE. SNAP & THRUST TECHNIQUES - A DISCUSSION: By Richard Amos. THE HIGHEST STAGE. By Rick Brewer. KARATE AND THE ART OF SELF-DEFENCE. By Mike Clarke. IPPON IN SHOTOKAN: As Defined By Mikio Yahara. By Bob Sidoli. DON'T EVER SAY, "THAT'S NO GOOD." By John Cheetham.

This edition of SKM pays a special tribute to one of Shotokan's most revered Masters, Taiji Kase 9th Dan, who sadly passed away on the 24th November 2004 at his home in Paris. Kase sensei had suffered a major heart attack in 1999 and never really completely recovered. This very special and unique karate master had a huge following of extremely loyal students in Europe (Shotokan Ryu Kase Ha) and will be greatly missed by all of them. Kase sensei was a direct link to the past within the Shotokan system. He openly stated that he was very much influenced by Yoshitaka Funakoshi. From the mid to late 1980's he virtually (if not completely) abandoned zenkutsu dachi (basic front stance) in favour of fudo dachi (rooted stance, also known as sochin dachi), in both kihon, kata and kumite. He also taught open-hand techniques (especially shuto and haito) equally as much as the normal Tsuki (punching or thrusting techniques). Hente (blocking and striking with the same arm/hand) was a Kase speciality and to see him demonstrate this was awesome! There was no gap whatsoever between the block and counter-strike, it was totally and definitely 'one-action'! To see a man of his age and considerable build move with such lighting speed, grace and skill was a rare sight to behold and all students who had the sheer pleasure of training under him (even if only once or twice) will never forget the level of ability this great master had achieved. Kase sensei was featured in SKM many times over the years; we had interviews in SKM issues Number 8, 24 and 25 (a two part interview) and again in issue 69. We have as part of the tribute, one of the very last interviews Kase sensei ever did. This was conducted by British karateka and Karate Historian, Graham Noble in Belgium in May 2000. A very special thank you to sensei Kase's daughter Sachiko for supplying SKM with some rare photo's. Kase sensei's place in Shotokan history is very firmly rooted, as firmly rooted as his 'Fudo Dachi', the great master's favourite stance/posture.

Dr. Bill Laich had been involved with Kase sensei in Alicante, Spain for many years, 'Portrait Of A Motor Genius' describes perfectly what Nakayama sensei called 'The Highest Stage' (the basis of Rick Brewer's article).

For the past thirty years, Rick Brewer has been a teacher in the public schools in America. He says that it's a career that has taught him the same lessons as Karate. "Each day I go to work to teach and learn from my students, finishing the day with more questions than answers. Always a humbling experience! If there is something to be learned from a lifetime of teaching, it is the fascination, bordering on an obsession for searching for answers." The late Nakayama sensei often spoke of 'The Highest Stage' at which one could react with a trained intuitive and correct response. Rick Brewer's article offers an outline or in his words, "A scratch on the surface. If Nakayama sensei felt that there was such a stage of training, then what would be the path of training or teaching that could be taken to reach such a goal?" This article searches for an answer or sense of direction toward Nakayama sensei's 'Highest Stage'.