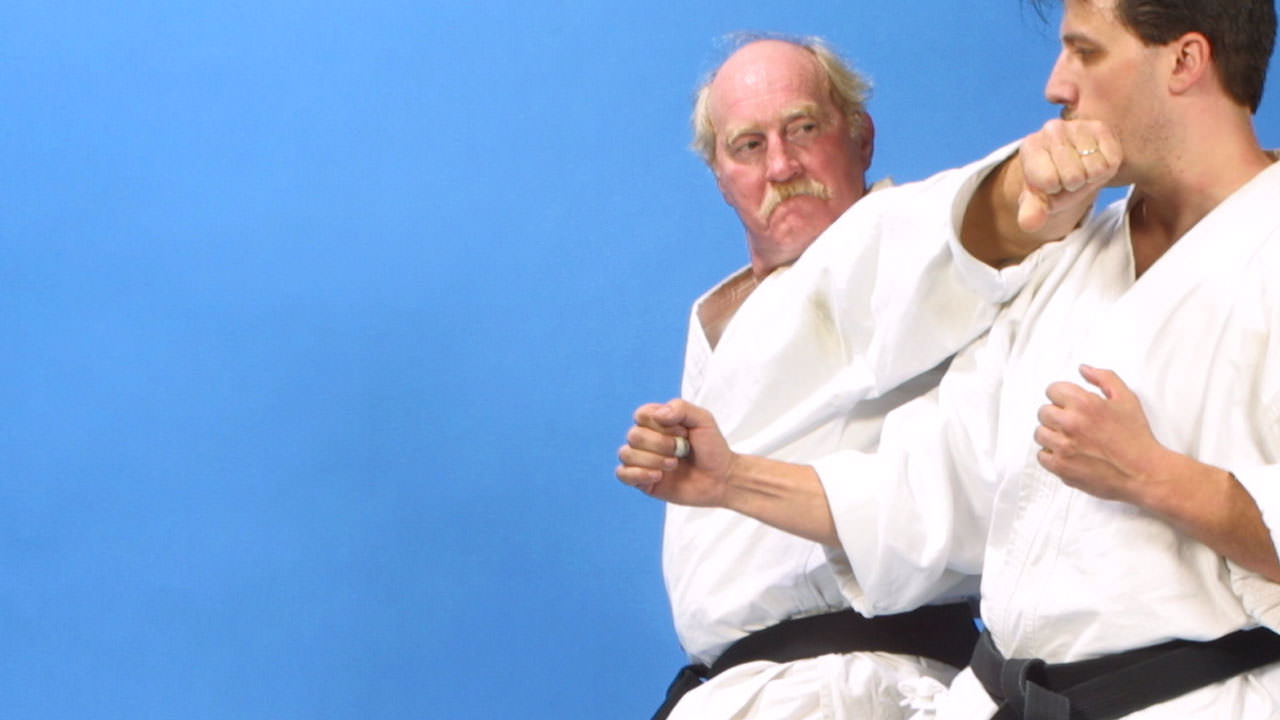 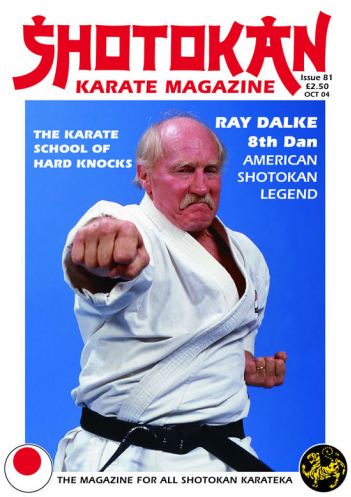 SENSEI RAY DALKE 8th Dan. By Jose Fraguas. THE CONCEPT OF 'MU'. Or The Art of Doing Nothing. By Mike Clarke. LETTERS TO THE EDITOR. DOES THE FRONT LEG REALLY PULL? By Bill Burgar. PATRICK McCARTHY UK KATA SEMINAR. Report By Phil Shire. THE MYSTERIOUS TREASURE: 'HYAKUHACHI-HO'. By John McClary. AKIHITO ISAKA COURSE. Report By Clare Worth. RAY DALKE Interview (Part Two). By Jose Fraguas. THE CONTROL OF KARATE. By Scott Langley.

Many karateka in Europe and various places around the world will probably not have heard of sensei Ray Dalke 8th Dan, but in the USA this man is a Shotokan 'legend'. A real pioneer of Traditional Karate-do in that part of the world, and we must remember that this was the first country to be resided in by senior Japanese Shotokan instructors like, Nishiyama, Okazaki and Ohshima from 1960. In fact, Ray Dalke was the first westerner in the USA to break away from the JKA and set up the AJKA (American JKA) in November 1984. Ray Dalke was the Chief Instructor of that particular organisation up until a couple of years ago when he retired from this position and handed over the reins to one of his senior students, sensei Edmond Otis 7th Dan (who was interviewed in SKM issue 70). Ray Dalke was a long-time student of Hidetaka Nishiyama sensei from the time Nishiyama arrived in the USA in 1961.

Although he is not teaching at his dojo anymore, sensei Dalke still teaches seminars and clinics and continues with his own personal training. He is involved with the American Athletic Union karate in the United States. This interview offers a great insight into how karate used to be when the JKA first sent their instructors out across the world. A special thank you to my good friend in Los Angeles, Jose Fraguas, for sending SKM this terrific in-depth interview. Ray Dalke's series of videos/dvd's are amongst the very best I personally have ever seen on the Shotokan style. His demonstrations and equally importantly, his wonderful explanations are invaluable to both instructors of the art and students alike. This man is simply a fantastic 'teacher' of the art. Tapes/DVD's are available on-line from: www.martialartssupermarket.com www.risingsunproductions.net

We have some extremely diverse articles in this edition. I particularly enjoyed both Mike Clarke's and Scott Langley's contributions this time, with the philosophical aspect of the art in mind.

We have two good course/seminar reports, both fascinating because of the extreme differences in approach and emphasis by the instructors involved. Pat McCarthy's focus is primarily geared to the practical applications of kata, but definitely within a 'traditional karate' framework, whereas Isaka sensei favours the teaching, practice and development of 'controlled' body movement through his special, unique, slow-motion training.

I didn't know until I read John McClary's article that Shotokan once embraced a version of the Goju-ryu/Shito- ryu kata Suparinpei under the name of Hyakuhachi-ho. I certainly don't know any purely Shotokan groups in the UK or even in Europe who actually practice this kata or have it in their syllabus. It makes a very interesting read, not only technically but also from a historical perspective.

I watched the Taekwando in the Olympics and they're obviously fit young athletes. And on a positive note maybe it's a good 'sport' for getting kids off the streets, but if this is a 'martial art' then I am 'definitely' missing the point? I don't think karate with the present WKF rules has a cat in hell's chance of ever getting in. The public want to see 'heavy contact' and not 'tick' - that's a fact, ask anyone!