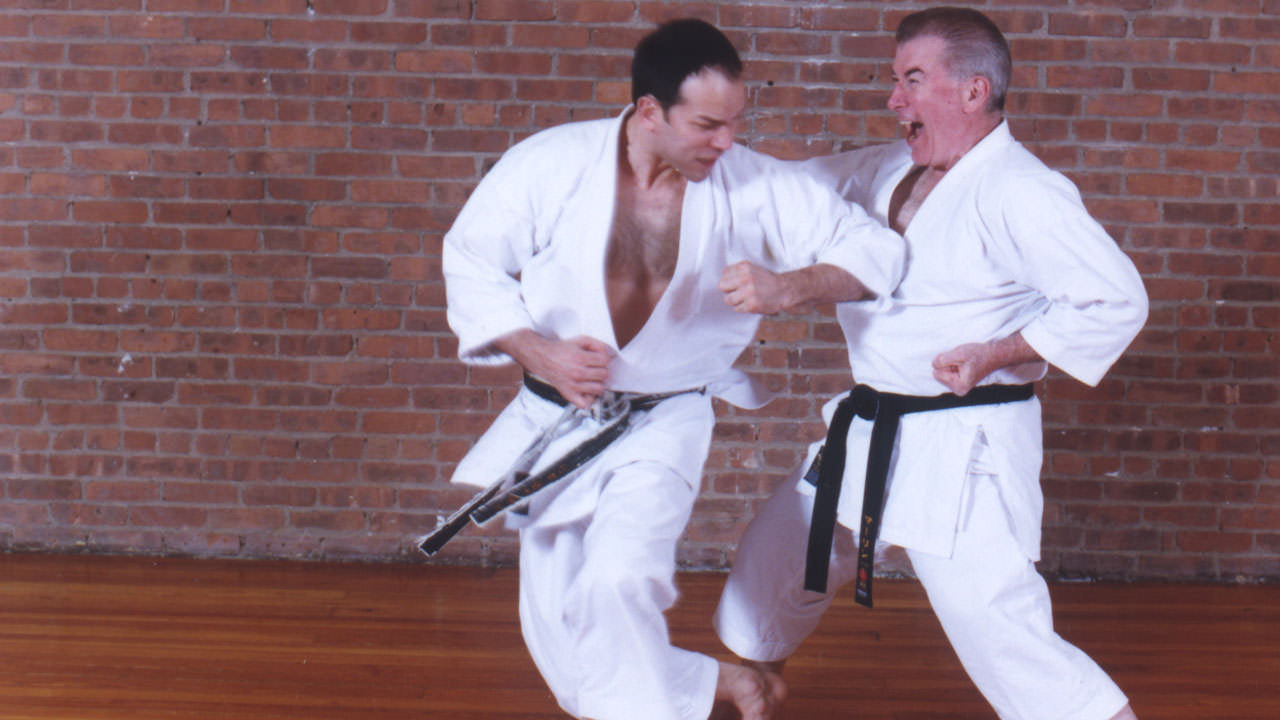 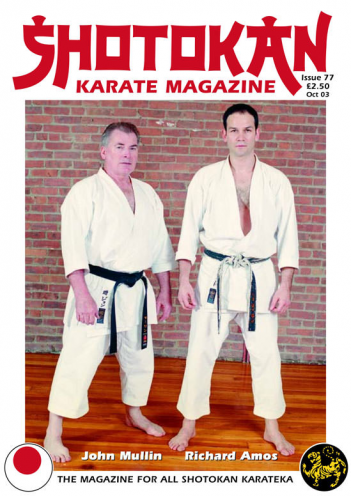 SENSEI JOHN MULLIN 6th Dan. Interview By John Cheetham & Ged Moran. HIP ROTATION IN SHOTOKAN KARATE. By Marty Kubicki. LETTERS TO THE EDITOR. THE PROOF OF THE PUDDING! By John Cheetham. SINGLE KATA STUDY: What is it and Why would you do it? By Bill Burgar. THE JKA INSTRUCTORS CLASS. By Richard Amos. TIMING: ONE OF KARATE'S MOST IMPORTANT LESSONS. By Mike Clarke. STILLNESS TRAINING: THE BASIS OF MOVEMENT. By Aaron Hoopes.

In this issue we feature two prominent Shotokan instructors both based in New York, senseis John Mullin 6th Dan, and Richard Amos 5th Dan, both senior instructors with the quite recently formed WTKO (World Traditional Karate Organisation). John Mullin is a karate-man who has trained consistently since 1961 under top Japanese (JKA) Shotokan instructors, following the traditional karate path all these years, and I feel people like this deserve some recognition for their relentless pursuit of excellence within the art of Shotokan karate-do. This is a good interview covering a wide range of topics and I loved John Mullin's description of 'commercial karate' in the USA... "They sell the 'sizzle' not the steak!"

Richard Amos started his karate career in the south of England, training under senior KUGB instructors. Later he went to live in Japan and train at the JKA. Only a handful of non-Japanese karateka have 'endured' the rigours of the infamous JKA Instructors Course Programme in Japan. One of them is Richard Amos, who tells his incredible story in all its gory detail. You will no doubt be shocked as with Scott Langley's article (issue 75) but they both experienced something very special! I feel it's important to hear Richard's story, he's from an elite group!

This magazine always aspires to promote genuine traditional Shotokan karate people, and traditional karate generally. I have no real interest in out and out 'sport karate' even though I respect the athletes who follow this way but they practice sport we practice an art!

My own piece in this issue, 'The Proof of The Pudding' is simply a 'test' trying out in practical terms the various methods and principles discussed in Marty Kubicki's article. And I repeat again.... we must keep an open-mind. No-one was more open-minded than the founder of Shotokan, master Gichin Funakoshi, he was 'open' to variations in technique and always said that changes would and must occur in the development of karate!

I'm sure many readers will like Bill Burgar's article in this issue. Bill is another serious karateka who is coming from a different angle from the vast majority... I feel that these type of articles are not only very 'different' but also educational, these guys are following their own path, and all due respect, regardless of whether you may disagree with their methods and views on karate training

SKM has no intention of publishing 'any' political material involving 'splits' in organisations. I went down that road many years ago and it's a dead end! Splits do occur within all (political) organisations eventually, it's inevitable. You only have to look at the JKA after Nakayama sensei's death. No... SKM will remain non-political, we will stay with the practice and study of Shotokan Karate-do, its techniques, history, philosophy and traditions. And as always continue to feature top class karateka from 'all' Shotokan associations worldwide. This magazine considers 'SHOTOKAN' as 'one family'. Of course there will always be differences between groups in technique, training emphasis, kata performance etc., even ideology and philosophy, but remember, in truth there aren't too many really 'happy' families!!