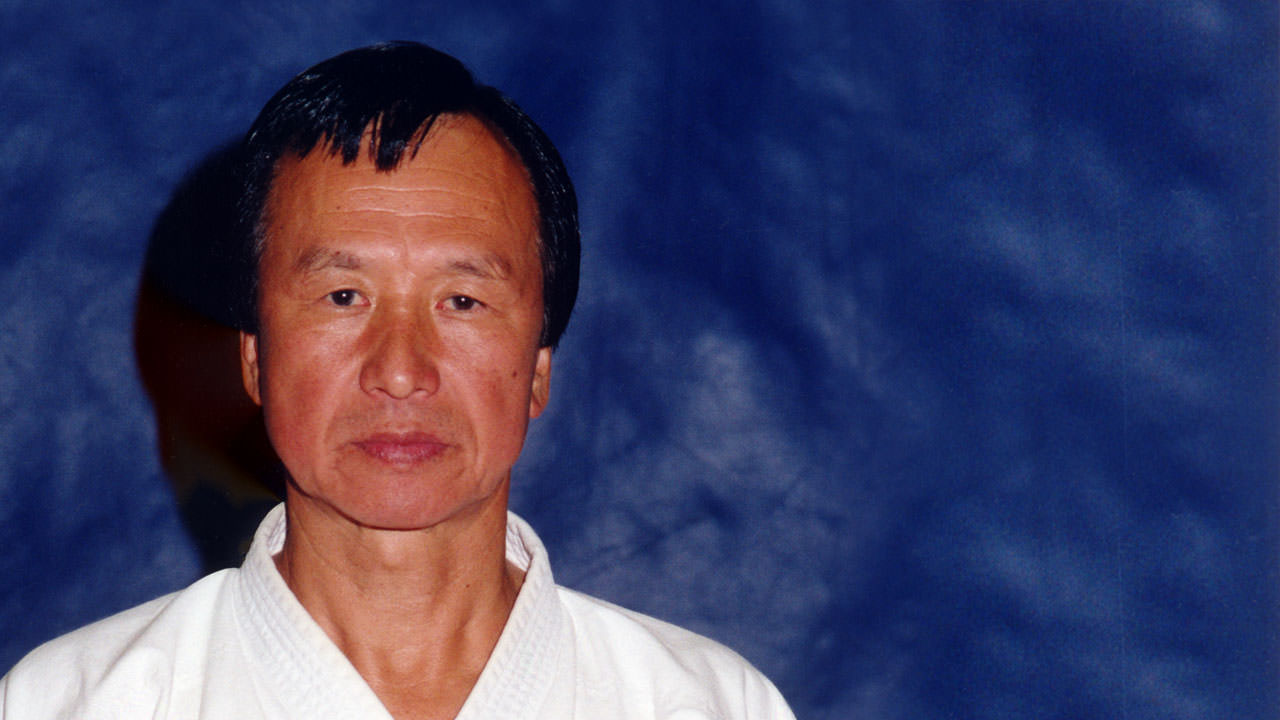 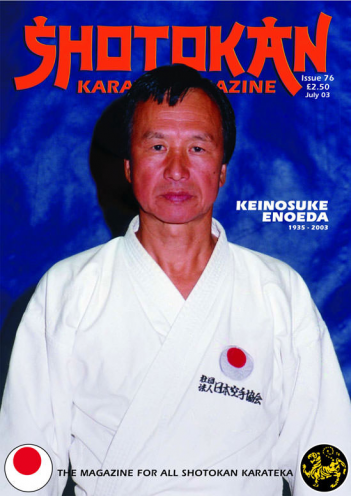 MASTER KEINOSUKE ENOEDA - THE LEGEND. By John Cheetham. KUGB SENIOR INSTRUCTORS TRIBUTES. LETTERS TO THE EDITOR - TRIBUTES TO THE MASTER. KARATE, GOLF, FRIENDS AND FUN! By Craig Raye. ENOEDA SENSEI'S KARATE TECHNIQUE. HOSHIN: THE PURPOSE OF KARATE-DO. By Mike Clarke. RELAXATION - AN EMPHASIS LOST. By Jonathan de'Claire. COMMUNICATION SKILLS IN KARATE. By John Holdsworth. THE CALL OF THE MAKIWARA. By Matthew T. Michaelson.

I make no apology for dedicating 'half' of this edition of SKM solely to the memory and in honour and respect of one man. Please understand that we here in the UK, regardless of political affiliation, loved this karate master, he was an icon in Shotokan karate and because he lived here in England for so long we (Shotokan karateka) adopted him as our own. Enoeda sensei was so important to all of us that we (SKM) had to do this SPECIAL 'one off' magazine because he was SPECIAL and most certainly a 'one off'. Enoeda sensei was probably one of the most famous Shotokan sensei in the world. Although he was based in England, he had taught in almost every country you could name and always left a deep, lasting impression wherever he went. Everyone had heard of ENOEDA 'The Tiger' and the reputation for his own dynamic brand of Shotokan karate!

I never in my dreams thought we would be featuring a 'memorial' magazine at this time to the legendary master, the TIGER of Shotokan karate-do, Keinosuke Enoeda, Chief Instructor to the KUGB (Karate Union of Great Britain) and head of JKA Europe. Enoeda sensei sadly passed away on March 29th 2003 at the age of 67 after a battle with stomach cancer. Resident in the United Kingdom since 1966, Enoeda sensei was quite simply an INSPIRATION for thousands of Shotokan karateka both here in the United Kingdom and worldwide. If you'd ever trained with Enoeda sensei, you will appreciate how difficult it is to believe that he has gone from us. The sheer presence, power and energy which glowed and emanated from this Master was beyond belief. Enoeda sensei was indeed, a DYNAMIC karateka and human being. Shotokan will never be the same again, there was only 'ONE' Enoeda sensei and his memory and samurai spirit will live on. We had so many 'letters' and 'tributes' that it was impossible to publish even a fraction. However, it's important and significant that the most senior JKA Instructor in the world, Master Hidetaka Nishiyama, and also one of the most senior non-Japanese JKA Instructors, Sensei Stan Schmidt, both sent tributes to SKM, this speaks volumes!

In case you were not aware, Sensei Enoeda's close friend and fellow JKA instructor, Tabata sensei, also tragically passed away earlier this year. For many years now Sensei Tabata always taught on the summer and autumn camps along with senseis Osaka and Ohta at the famous Crystal Palace (London) courses.

A special memorial service was held at Crystal Palace on June 1st 2003 where students and instructors paid their respects to Sensei Enoeda. It was also announced at this event that the JKA have awarded Enoeda sensei an official posthumous 9th Dan. The certificate was presented to his wife Reiko.

We (SKM) had a really tremendous response, help, contribution and input from Sensei Enoeda's London students especially from his own dojo. These are loyal, faithful students who trained with him on a daily basis and also socialised with him after training. And thank you also to the KUGB's sensei Bob Poynton for his tireless efforts in co-ordinating the great tributes from the senior KUGB instructors.