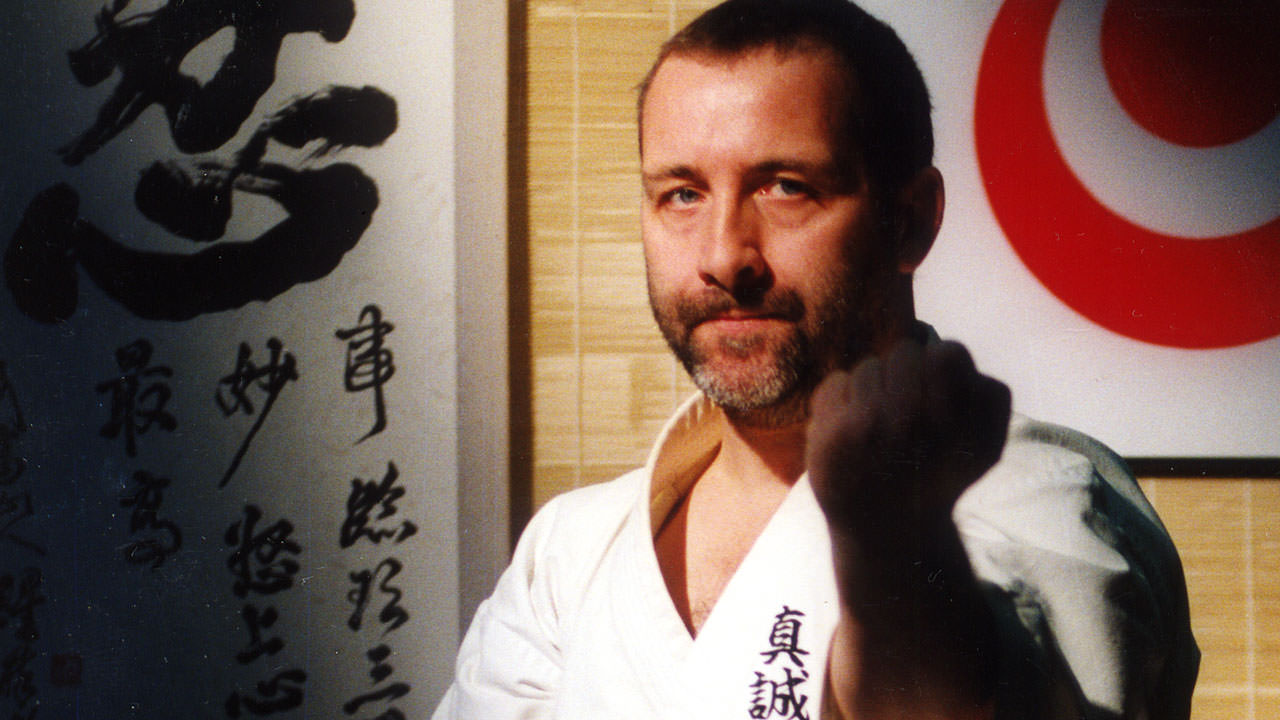 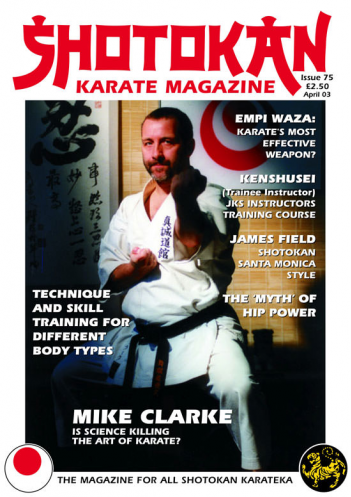 IS SCIENCE KILLING THE ART OF KARATE? By Mike Clarke. KENSHUSEI: SOD THIS FOR A GAME OF SOLDIERS! By Scott Langley. Letters to the Editor. EMPI WAZA: KARATE'S MOST EFFECTIVE WEAPON? JAMES FIELD. SHOTOKAN: SANTA MONICA STYLE. By Farid Amin. TRAINING FOR DIFFERENT BODY TYPES. By John Holdsworth. THE 'MYTH' OF HIP POWER. By Gary Purdue. KATSUTARO TAKAHASHI. TRIBUTE TO A MASTER: By Enrique Garcia.

I really like Mike Clarke's article and we will all have our own views regarding his question. For me personally, the 'scientific' approach/method is most advantageous from the 'injury free' perspective. Not regarding 'technique' as such. If one stays 'injury free' then this must surely have an affect on longevity in training (and in life generally)? So, if sports science can tell us, 'what not to do', then I'll have some of that, thank you! However, if a technique 'works', then that's good enough for me. 'Why' it works scientifically, is not 'the' priority. Although, it's still fascinating from the knowledge aspect i.e. learning about body dynamics.

I honestly think that Scott Langley's article will 'shock' many people! The level of brutality he endured on the JKS Instructors course in Japan, considering this is 'now' and not the 1960's or 70's, is quite unbelievable, and there will no doubt be some varying views on this subject? You might think he was extremely brave and courageous and showed amazing 'bottle' (spirit) to endure such an intense training regime, or you may think that anyone who would put up with shit like that must be absolutely stupid or outright mad? It will be interesting to see what readers make of it, I look forward to that!

Another story features a man well known and highly respected on the USA Shotokan scene. A former US national and international competitor and someone who has dedicated his life to the art, sensei James Field 7th Dan ISKF. Thanks to Dr Farid Amin who visited and trained with sensei Field at the JKA of Santa Monica dojo and kindly supplied SKM with the profile and account of his experience.

We get many letters from beginner students who often ask the 'impossible' (to answer) question... "Which techniques should I practice to be most effective in a self-defence situation?" There's really no answer to that one, which seems strange to a new practitioner of the art. It's all relative to each individual's ability, mental attitude and experience. With 'mental attitude' being the operative phrase here! But I've tried to point out in the 'Empi Waza' article, a few things that virtually all experienced karateka have come to understand and more than likely could put into practice. These are techniques which don't require a great deal of finesse or complex motor skills to be able to apply!

Talking about mental strength, I recently watched a great T.V. show, 'Celebrity Boxing' where two 'celebs' trained for six weeks to fight each other for money (for charity). The professional boxing trainers pushed these guys far, far 'beyond' their physical and mental limits, so make of that what you will? But once the pressure, fear and exhaustion set in, (during the actual fight) then all the technique training and coaching they previously had, went 'completely' out of the window, and they were only left with whatever 'mental strength' they had!

I think Gary Purdue's article will cause a bit of a stir, it's quite controversial and even non-traditional? Shotokan senseis 'generally' state that power is generated from the HIPS or hip region. Gary Purdue contradicts this theory and says that power in karate is generated, like in all other sports, from the LEGS. It's a point!? Good Health and good training. Editor.