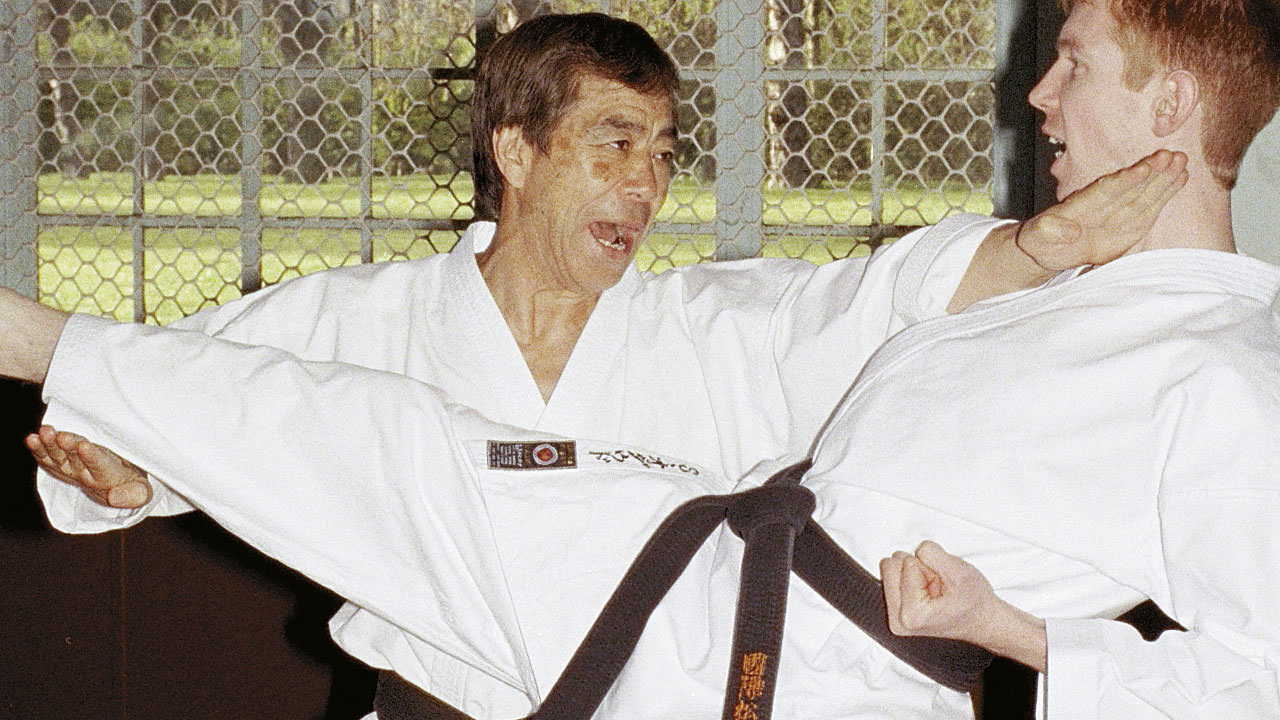 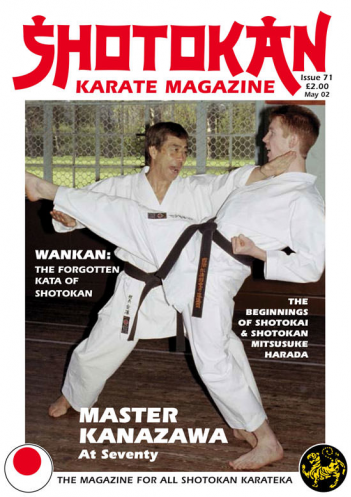 We have a superb interview (as always) in this edition with the legendary Shotokan instructor, Master Hirokazu Kanazawa the founder and Chief Instructor of SKIF. A former JKA instructor who became the very first senior instructor to leave the JKA fold and set up his own independent, international Shotokan organisation in the mid 1970's. It's a huge credit to one man that after almost thirty years on from first forming SKI, he still travels the world teaching his students who have stayed loyal to him after all this time. He is very much loved by them and respected throughout the world of Shotokan by everyone.

Many people now feel that it doesn't really matter anymore about hundreds of different Shotokan organisations, as long as standards don't suffer. However, in some cases this is debatable, (Dave Hooper's article touches on this subject). People say that it was inevitable anyway that many of these masters would go their own way eventually as we have seen with the splits at the JKA over the last fifteen years since Master Nakayama's death.

Because of space, we don't publish many reports on Shotokan competitions in SKM, however, I'm happily compelled to mention a tournament I attended in March this year (in Bath), the '1st Legend Open' sponsored by Legend Productions and hosted/organised by the FBSKU(I). This event was a credit to the Shotokan name and family. There was 'no' decent, or bad behaviour whatsoever, it was good to see the genuinely friendly attitude, excellent control (in kumite), overall good standard (kata and kumite) and all round good atmosphere amongst the teams and individuals from over twenty different Shotokan organisations here in the U.K.

This was traditional, 'shobu ippon', strong Shotokan karate. This is what we (Shotokan) need, and what we should encourage, promote and organise. I talked to many senior instructors from the various groups who felt, and expressed 'exactly' the same sentiments. It did my heart good! The hierarchy of 'ALL' the various Shotokan associations out there, UK and abroad should take this spirit on board. We desperately need each other now more than ever, with all the RUBBISH out there on our doorstep, masquerading as karate! Please don't stay insular, this plays into their hands, we need to stay as a family, we need 'open' courses, seminars and open tournaments, this is our only chance of survival - please don't ignore it.

Master Mitsusuke Harada's article is 'pure Shotokan history'. He was actually there, he was part of it! This year is eighty years since 'Sensei Gichin Funakoshi embarked on his quest to spread karate via Japan. Harada sensei feels there is some confusion regarding the beginnings of Shotokan karate and it's important he writes this work. This is our lineage, our heritage our tradition and philosophy, so we should all take an interest. There are many things here that have never been written before and the Shotokai - Shotokan divide is explained in absolute detail. This is the first article Harada sensei has personally written since 1964 and he feels that SKM is the correct format for such a subject to be viewed. Enjoy the magazine. Osu!