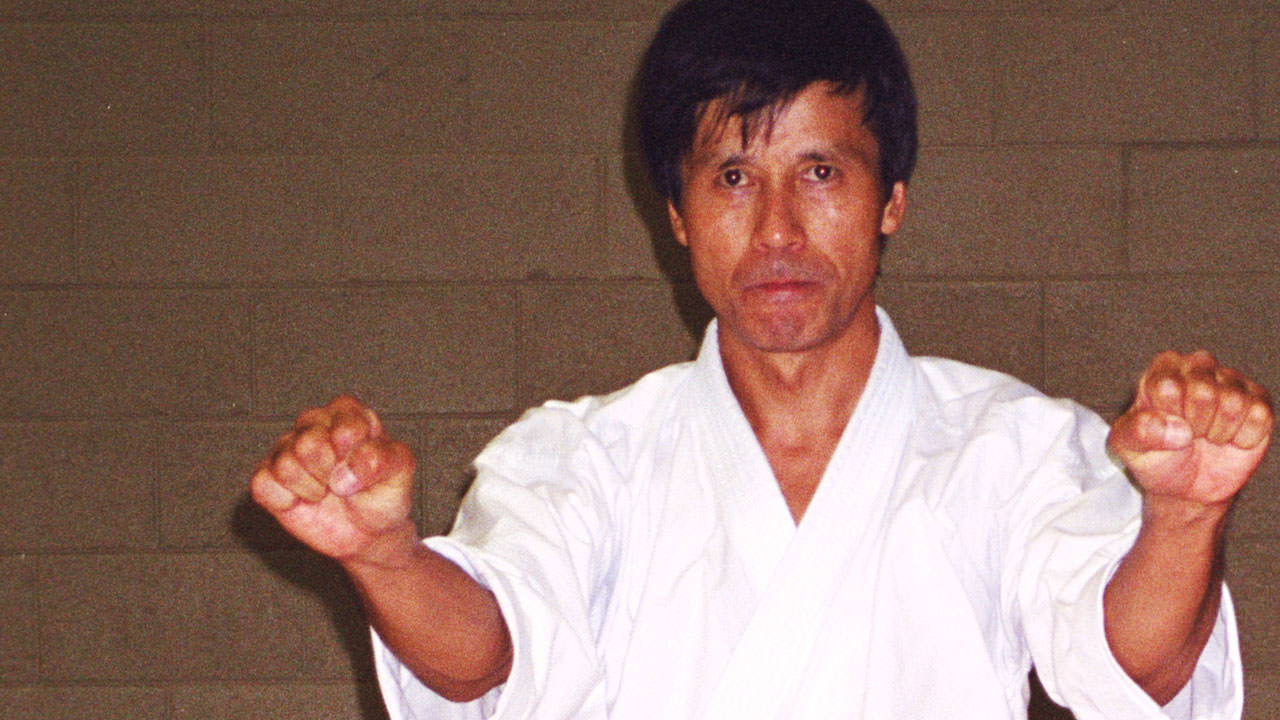 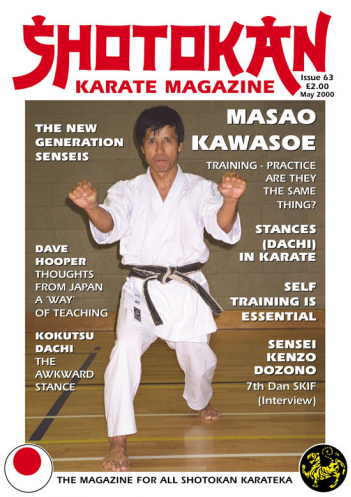 KENZO DOZONO 7th Dan SKIF. Interview By John Jackson-Mauchel. Self Training is Essential. By Dr. Farid B. Amin. Stances (Dachi) in Karate. By Avi Rokah. The New Generation Senseis. By Pauline Bakker. Thoughts from Japan: a 'WAY' of Teaching. By Dave Hooper. Training - Practice: are they the same thing? By John Cheetham. KOKUTSU DACHI - The awkward stance. By Scott Langley.

I feel personally that Dave Hooper's article in this issue is his best yet in the series. It gets across the difference between the JKA method of teaching and the western idea of keeping students happy, interested and sort of 'entertained', (so that they keep training). How many times have you talked to instructors who have said something like; "What the hell am I going to teach tonight?" Or words to that effect! This equation does not enter into the JKA method and philosophy as you will see in Dave Hooper's brilliant article. The JKA sensei or 'sempai' is also equally concerned with their own personal development and progress and takes the students along with them. Dave Hooper sempai is a fine example of this philosophy of taking students along on the same journey as themselves, training and searching for constant improvement. Of course, modern instructors would argue with this philosophy and say it's basically selfish and that your own training (and progress) should be done in your own time, separately from when you teach?

I feel it's appropriate to feature a modest, humble man - a Shotokan sensei who is maybe not so well known, (worldwide) who may be small in size, but is certainly huge in stature, experience and humility. He is not afraid to say that karate to him is primarily for health! And what's wrong with that? As he says, who really wants to be involved in a fist fight anyway? This to me is a beautiful interview and gets across a different and very important type of message about our marvellous art. Sensei Kenzo Dozono brings honour and humbleness to karate and we should thank heaven that there are people around like him in the karate world, when politics and power seem to rule the day!

The 'new generation' of karate instructors is the theme of the story by Pauline Bakker, (Holland) focussing on two British karateka of outstanding ability. Ronnie Christopher, (featured in issue 48 SKM) known for his awesome fighting ability, was very much respected by the Japanese, who he fought many times at world level. Sean Roberts is known for his superb kata style, winning the prestigious Karate Union of Great Britain National Championships on many consecutive occasions. This concept that a new generation of karate senseis are now coming through, with possibly new ideas on the same traditional theme, is both interesting and inevitable. However, as Pauline Bakker asks, is it welcome?

There are two articles dealing with the same subject, namely, 'self training'. My article, (which features Kawasoe sensei) will hopefully point out the importance of why we should also 'practice' on our own as well as at the dojo two or three times a week. Whereas Dr. Farid Amin's article deals with the how you can motivate yourself and technically how to train alone, which is difficult for many students, especially the motivation element.

I'm sure you will all be very happy to hear the good news that sensei Taiji Kase 9th Dan, (based in France) is back teaching again after nine months off, (he had suffered a major heart attack). Apparently his doctors were amazed by his recovery!