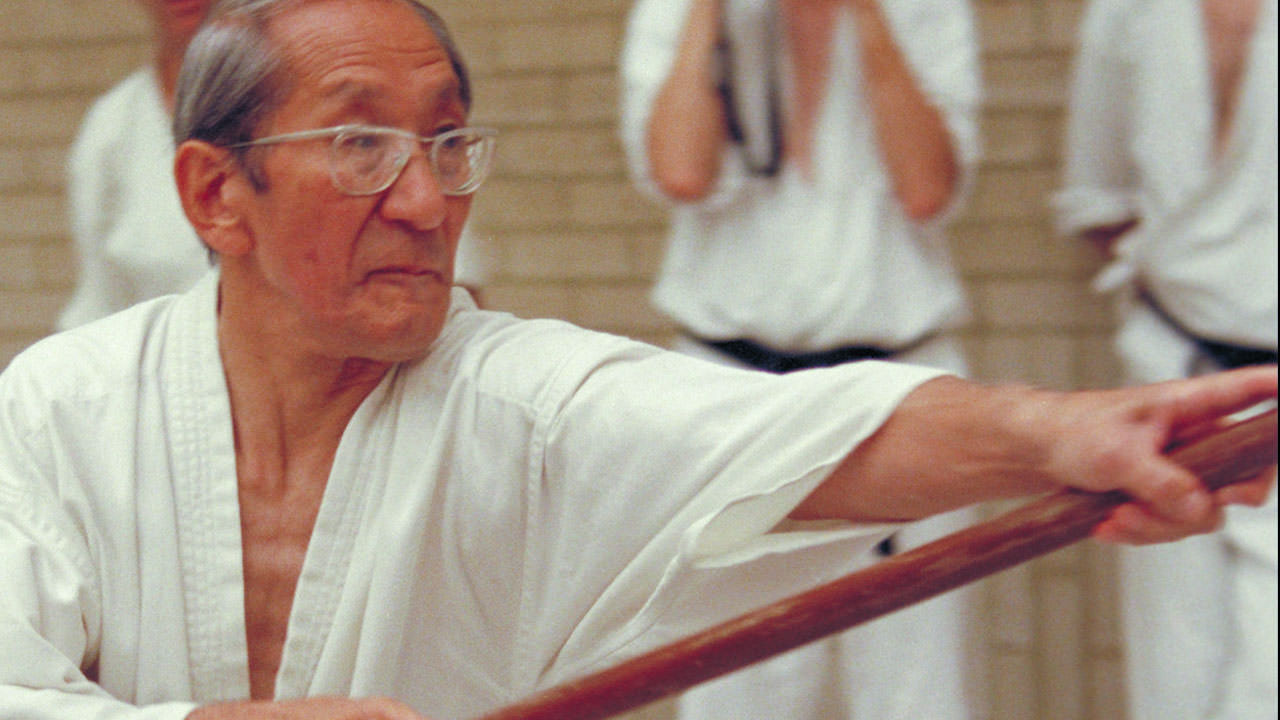 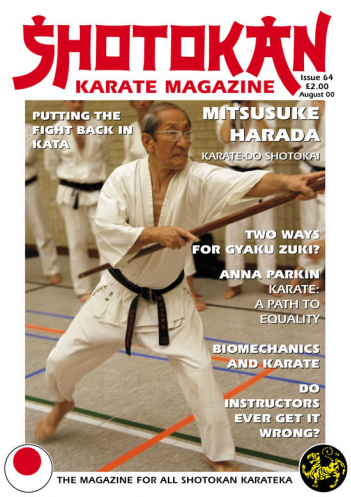 MITSUSUKE HARADA. 'ORTHODOX' SHOTOKAN. By Jonathan de' Claire. Do Instructors ever get it WRONG? By John Holdsworth. Two ways for GYAKU ZUKI? By John Cheetham. Anna Parkin. Karate: A path to Equality! (Int') By Simon Oliver. Putting the fight back in Kata. By Patrick McCarthy. Karate training in your life. By Avi Rokah. Letters to the editor. Biomechanics and karate. By Dr. Guillermo Laich.

I've said it many times before but where this magazine is concerned, 'SHOTOKAN' is 'one' family, regardless of technical or political differences or emphasis and you can't get anymore diverse than the SHOTOKAI, who's most senior instructor in Europe, sensei Mitsusuke Harada, as you can see, is featured in this issue of SKM. Harada sensei claims to teach, 'orthodox' Shotokan. Some will possibly question this? However, it's a great story and there's no denying Harada sensei's remarkable pedigree. One of Harada sensei's longest practicing students, Stephen Hope 5th Dan, said of his teacher... "Harada sensei is one of those people you meet once in a lifetime. An individual of rare and exceptional talent. To his students he is a genius, philosopher and teacher, a man who, in the dojo, has no concern for age, sex, colour, culture or religion. In his quest to teach understanding and excellence, he abandoned out-dated rituals and brought an atmosphere of freedom that allowed new ideas and methods to flourish. He has spent a lifetime in the pursuit of excellence, in himself and his students and has always kept his goals clear, never allowing himself to be side-tracked by trivialities. But perhaps his greatness, is the fact that he can bring together people of all denominations and from different walks of life under one roof, to strive together in harmony for a better understanding."

It's no secret that the Shotokai and the JKA were never on the best of terms (to put it mildly!) and disagreed on virtually everything both technically and politically. So, even at the start there were different factions in Shotokan, even though they were all directly related to Funakoshi's karate. I'm certain JKA senseis like Nishiyama, Okazaki and Sugiura would 'also' claim to be teaching 'orthodox' Shotokan, as they are the same age as Harada sensei and all trained under Master Funakoshi. And according to American historian Randall Hassell, from his excellent book, 'Shotokan Karate, Its History and Evolution' (ISBN 0-911921-05-02) Master Funakoshi was very active with the formation and running of the JKA and went to the JKA Honbu dojo every day until the day he died in 1957. The history of Shotokan is a bit of a puzzle! I've read so many varying accounts that it's almost amusing! However, like all 'families' there will always be differences. Still, what's most important is the 'here and now', not the past, and Shotokan is as strong as ever worldwide, so we must be doing something right! You know the old saying... "Don't change what works."

Patrick McCarthy's article 'makes sense' of what kata really is, and indeed, where it evolved from. We have an interview with Pat McCarthy (for a later edition), basically about why he opened a college specifically for 'instructors'. One point he makes in the interview that stuck in my mind was when he said...."I'll be the first to admit that the goals of this program are so far removed from street fighting that we could never possibly represent a threat to any school, tradition or organisation which trains for that application." That's an honest approach!