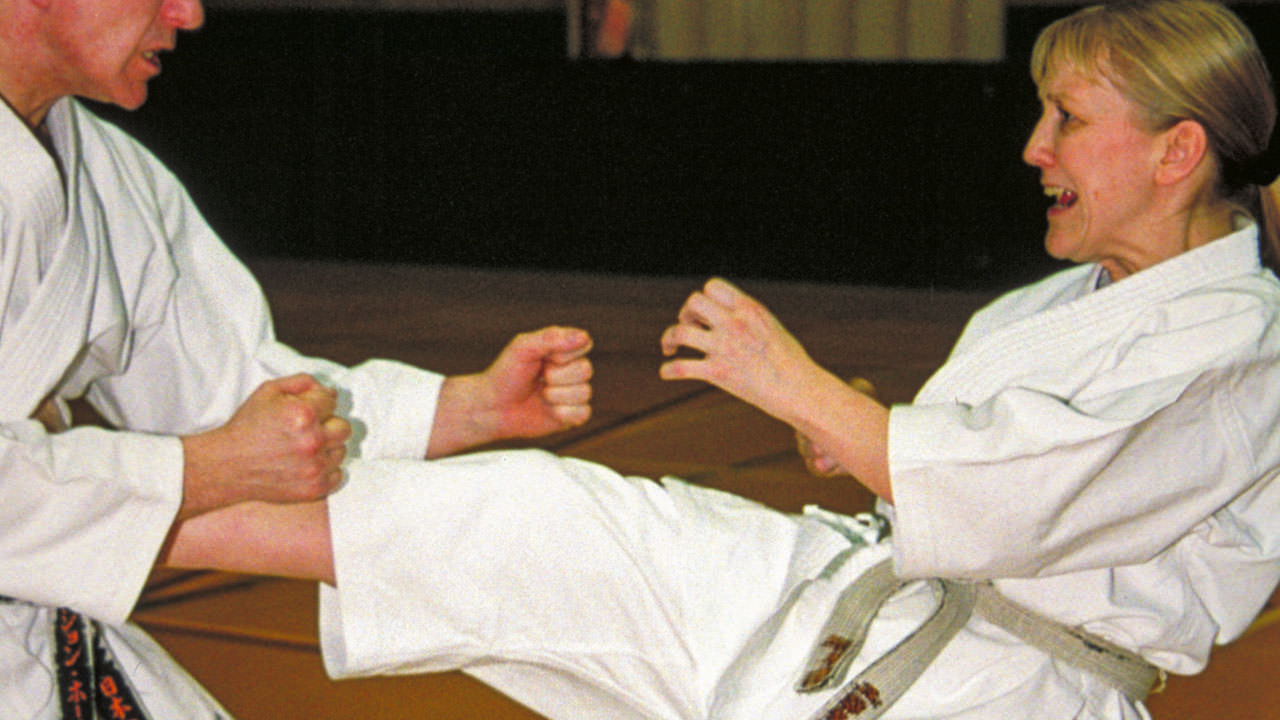 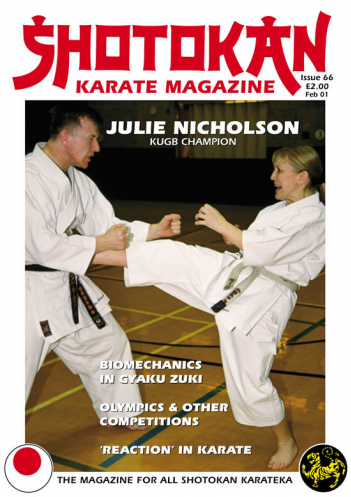 Welcome to the first issue of 2001 and I'm sure many readers will be pleased to see Dave Hooper back in print with another fine article, this time describing his views on competition within traditional karate and the JKA approach to this part of karate training.

We have an interesting interview with Julie Nicholson - a world class competitor and many times Ladies Kata Champion with the KUGB, (Karate Union of Great Britain) one of the most prestigious and highly respected Shotokan groups in the world. Interestingly, although competition is Julie's main focus, she states several times that it's the 'training' that is most important for her and not just the 'competing' which is a very traditional way of looking at this subject. There are some very good training 'tips' for all karateka (not just competitors) in Julie's interview, this is a very experienced and 'serious' karateka speaking and her structured training program is worth noting!

Just to clear up a little 'blip' (mistake) in the last issue... the photo caption on page 29 of Murakami sensei should have read, 'practicing Sochin kata' and not Nijushiho, (I do know the difference after 28 years of Shotokan training!!). What happened was, that we were originally going to use a photo of Murakami performing Nijushiho and at the very last moment just days before printing we changed it to a photo of him performing a move from Sochin - but we forgot to change the photo caption!! WHOOPS!!

With such an amazing response to my article in issue 64, 'Two Ways for Gyaku Zuki' I decided to ask an expert, Dr Bill Laich, to explain in-depth about the role of the back-heel/foot in the delivery of gyaku zuki and its advantages. The overall conclusion judging by Bill Laich's article is that the back heel flat in gyaku zuki is biomechanically most effective but 'not' the most 'natural' method. However, read what he says in the last paragraph of his 'letter'! Dr. Laich's article needs reading very carefully, over and over to really absorb the brilliant scientific information directly related to traditional Shotokan karate. You certainly get the picture that what we are trying to achieve (technically) is not easy and I found his statement that, "Traditional karate focuses on teaching unique and complex motor skills," to be almost reassuring! Karate is so difficult that anyone with an ego is doing something wrong! It reminded me of a question I asked Stan Schmidt in an interview (SKM issue number 13)... Sensei, do you believe that Shotokan karate is a 'complete' system or are there pit-falls? S.S. There is no complete person nor is there any complete system. I chose Shotokan because of its classical nature. For example, classical guitar is harder to master than folk guitar. But in the long run, although a more painful road, the classical approach gives the artist a more complete understanding of his instrument and its wide potential. The instrument with which we are 'playing', in the art of karate, is none other than ourselves. Thus, why not do it thoroughly, even though it may take longer.