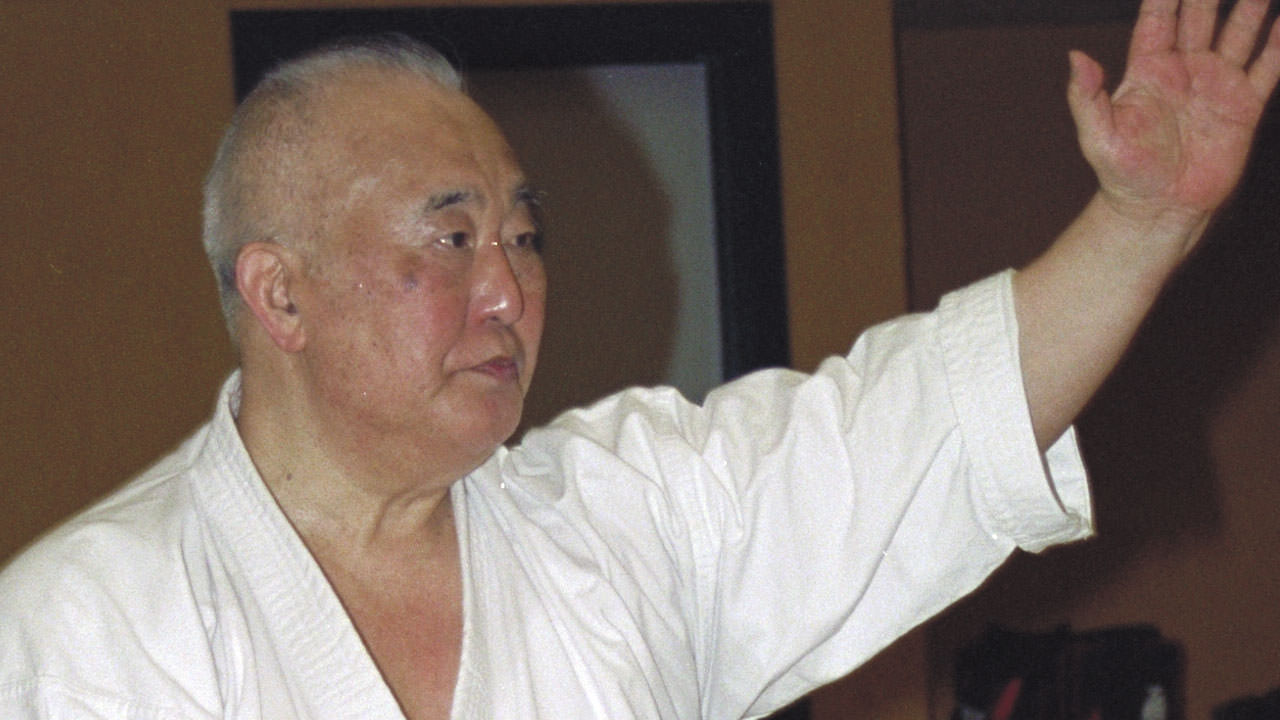 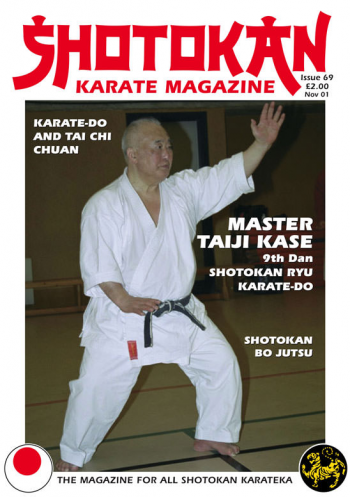 It's been a long time since we (SKM) had an interview with Master Taiji Kase, in fact, it was issue 24, so I'm very happy to feature this most distinguished Shotokan sensei in this edition, thanks to Spanish karateka Martin Fernandez. When he (Kase) talks about the 'feeling' one should experience when watching a kata performance, I was pleasantly reminded of watching Kase sensei perform the kata Meikyo several years ago in front of a private class of eight black-belts. You were certainly left with a 'special sensation' and definitely with a 'tremendous impression of impending danger' as Kase describes Yoshitaka Funakoshi's kata. I feel that the eight karateka present that day were extremely privileged. Kase sensei rarely sits the class down and performs a kata to specifically show the 'feeling' of that particular kata. It was like watching an ancient warrior in battle, no fear of death, but a cold steel intention of survival. His interpretation of Meikyo kata was so intense that everyone was rendered speechless; there was no applause like you hear today, just cold silence. He seemed to want to show us something that day, to take us back in time to witness what kata really meant. Kase sensei is a very special karate master and after he's gone there will be a huge void. This is an up-to-date, in-depth interview with one of Shotokan's most revered old masters. An added bonus is Martin Fernandez' build-up story and profile of Kase sensei's life, before the actual interview begins.

The rest of this issue is compiled of some of the most requested subjects - Tai Chi Chuan and Bo Jutsu and their relationship to Shotokan karate-do. Both sensei Kenzo Dozono's and Ian Garside's articles are perfect in that respect. Kenzo Dozono sensei is the Chief SKIF (Kanazawa Shihan) Instructor for Canada and is also master level in Tai Chi Chuan.

Dave Hooper's article in this issue is extremely valid because of his undoubted pIan Garside's piece on Shotokan Bo Jutsu answers many questions, especially with regard to the bunkai (applications) of the modern Shotokan kata, which often have to be changed quite dramatically to work as defenses against unarmed assailants. Many of the older Japanese senseis (including Gichin and Yoshitaka Funakoshi) used the Bo to demonstrate applications of Shotokan kata.

In Adrian Arsinevici's article 'Kata'- The Empty form?' there are many 'home truths' especially with regard to the 'five greatest hits kata' and the difference between traditional kata and the sport-competition versions.

Avi Rokah's article carries on from last issue where he explained the various types of 'timing' (oji waza). Here he describes in detail several actual physical training drills to improve one's early 'timing' responses (sen). Some say that 'timing' is a 'natural' gift but Avi shows that it 'can' be developed with practice.

Finally, my own article on 'spirit', although written with good intention, obviously pales into insignificance and I feel we should all reflect on the sheer 'guts' and 'spirit' with which Americans have confronted and dealt with their unbelievably tragic disaster. Especially the unprecedented bravery of the fire-fighters, servicemen and all the rescuers.