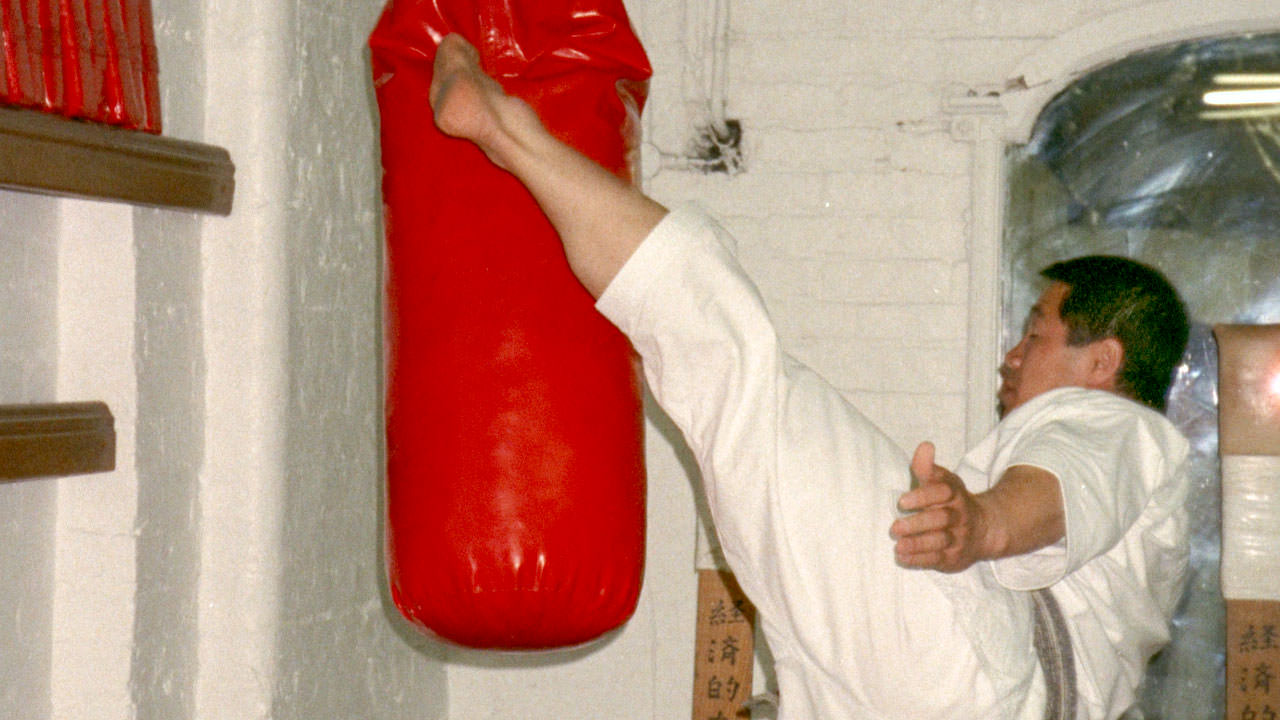 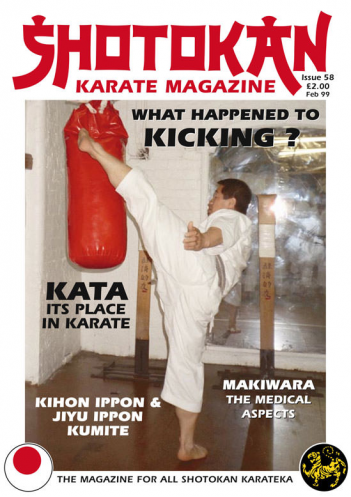 WHAT HAPPENED TO KICKING?

Welcome to the first issue of 1999 and a big 'thank you' to SKM subscribers all over the world for your continued support, encouragement and interest in the magazine. I hope you enjoy this issue. In the very first edition of SKM (issue No.1 Nov '84) there was a great interview with sensei Sadashige Kato (now 8th Dan based in England since 1969). He made an interesting comment when he said.... "I like part budo and part sport. Karate creates friendship between countries." Meaning that he liked both the martial art and spiritual side of karate but also appreciated the competition side for its 'positive' reasons and 'role' in traditional karate. I think that the majority of Shotokan karateka of all levels and rank, fit into this category of 'part budo - part sport' (competition), although of course there are people who don't see 'anything' positive within competition karate and only focus on the budo element. There are also people who only train with competition in mind and have no interest in budo (the martial ways). Thankfully, the 'middle road' seems to be the most popular route to take for most worldwide Shotokan practitioners, with an even and balanced view between budo and the budo elements of competition.

This issue of SKM has hopefully found that balance with varied articles focussing on both the budo and sporting aspects of our great art, by not separating them but allowing them to flow and blend together.

Shotokan Karate Magazine is certainly taking the middle road, because I know from experience and also from watching great karateka over the years, that anyone who thinks that there are no 'positive' effects from either entering or training for competition, (even if it's only once or twice a year) has sadly missed out on a part, albeit a 'very small' part, of the 'whole' of traditional karate. It must be remembered that all the senior world masters of Shotokan; the likes of - Nishiyama, Sugiura, Kase, Okazaki, Kanazawa etc., etc., were all instrumental in the development and promotion of competition (sport) karate, and you can hardly say that they do not follow the spirit or understand the principles of Budo! They are living examples and practitioners of budo and they used and took the traditions and spirit of budo and originally tried to incorporate this spirit into competition (sport) karate. Maybe at first it worked. However, whether or not this is still the case today, some forty years down the line, remains a very debatable topic?

The point is, that nowadays, a balanced view on both budo and on the competition aspect, cannot be harmful, or we would not be following the teachings of these people, these Masters of Budo.

When you observe the skill and spirit of top class fighters going 'hell for leather' at each other in top level competition, this has to be as near to the spirit of budo as you can get, without being at war, or fighting for real. Similarly, watching a kata performance from a world class traditional karateka is a joy to behold and contains the very essence of Budo.

Master Gichin Funakoshi wrote..."It will take your entire life to learn karate; there is no limit." Good training for 1999 and for the rest of your life. Editor.