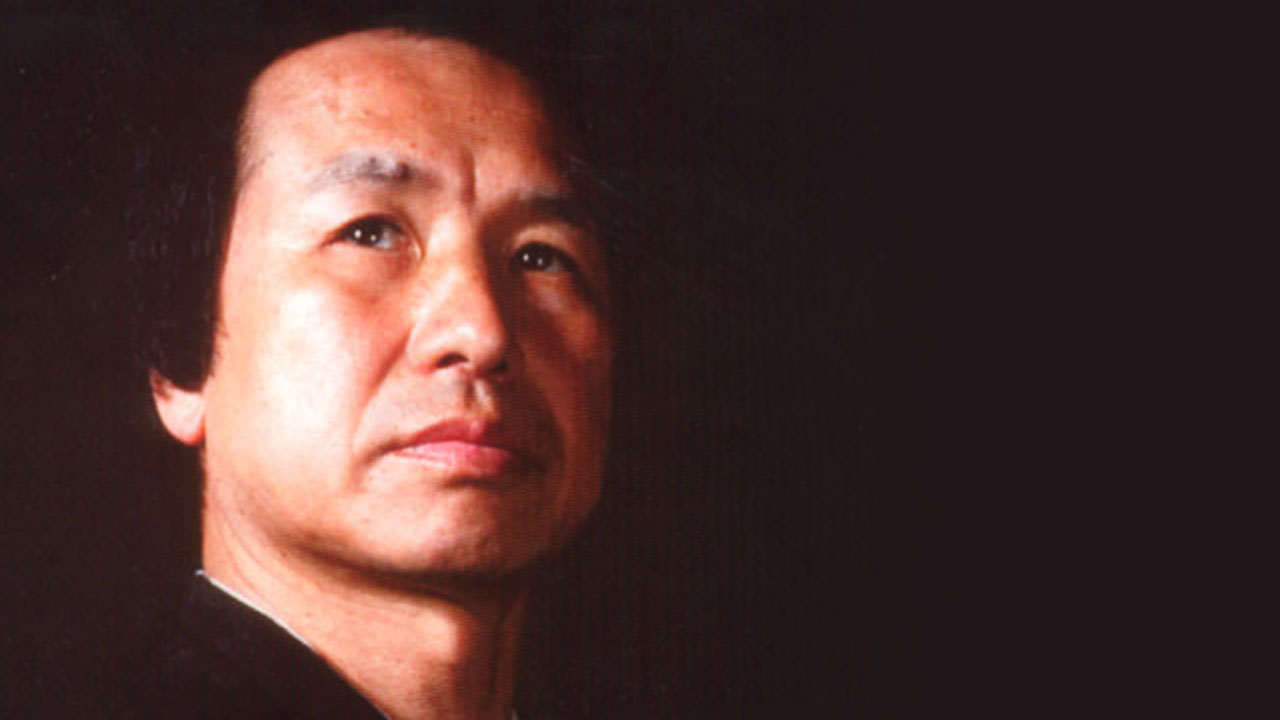 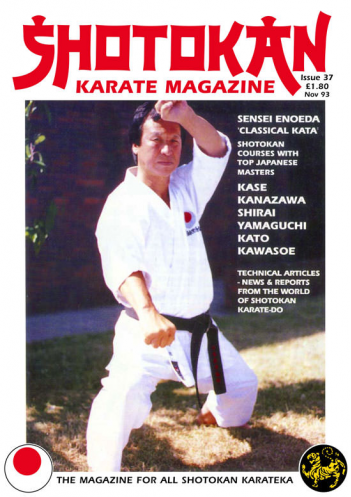 Welcome to issue 37. I think you will find a very wide variety of material in this edition.

I thought it would be a change to do an interview with a British karateka this time as opposed to SKM's usual feature on well known Japanese Sensei's. Who sometimes, I think it is fair to say, don't give us enough information, there are things they won't talk about, whereas Westerners seem more open. That's just my experience so far after nine years of publishing the magazine.

I personally enjoyed Slater Williams' interview. Slater like many other good karateka may not be as famous as some who have had Competition success, but he has had a wealth of experience after twenty three years in karate.

I was hoping to get an interview with everyone's favourite, the notorious Sensei YAHARA, but unfortunately he did not come to England this year. He was supposed to be teaching on Sensei Kato's York course in October but cancelled at the last moment and sent Sensei Aramoto in his place. So, hopefully next time!

There seems to be a set trend now in this country. Namely three huge training courses twice every year, with some of the Worlds top Japanese Shotokan Sensei's. Sensei Enoeda's Spring and late summer courses at London's Crystal Palace, with Sensei's like Osaka, Tabata, Tsuyama, Tabata, Tanaka etc. Then Sensei Tsuyama, Tanaka etc.

Then there is Sensei Kawasoe's spring course in London and summer course in Edinburgh with Sensei's Kase, Shirai and Naito.

All these courses are 'open' to all Shotokan students, they are not association courses, as such, although there are gradings at the end of each course for members of each group.

Of course we have some superb British and European instructors also, but I have yet to see anyone in the same league as Asai, Enoeda , Shirai, Kase,Osaka, etc. etc. I make no apology whatsoever for that statement. These people are in a very different class in my opinion.

I think it's great when you see senior graded Western instructors on these courses, training and still being prepared to learn from a higher source. This can only be good for their own students who they teach week in and week out.

I get so many course reports sent in to the magazine that it really is impossible to include them all. So, I'm sorry if I have left you out. But, I think you will agree that if someone of the standing of Sensei Kanazawa does a course in this country, then we all want to know about that.

I'm happy to report that the magazine is still going from strength to strength and we send SKM to many countries throughout the world. Even some remote third world countries.

I hope you enjoy this issue of SKM and although it's a little early, Happy Xmas and Good training for 1994, see you again in February. Editor.

THE NEGLECTED 'PUNCHES' OF SHOTOKAN KARATE By John Cheetham.

I think it would be fair to say that the majority of Shotokan clubs practice straight punches, namely - Choku zuki, oie zuki, gyaku zuki and kizami zuki far, far more than mawashi zuki (round punch), kage zuki (hook punch) ura zuki (uppercut punch) and the overhand jodan punch in yama zuki ( double punch found in kata Bassai dai and Nijushiho) which is also a deflective arm block and simultaneous punch, coupled with the ura zuki, uppercut. The only time many students practice these generally more, 'circular' type punches is during kata practice where they occur many times.

On the old JKA training films these punches were given equal importance to the straight punches which seems to indicate that with the emergence of competition karate, they were sadly not practiced as much. In fact it could be said that they were 'neglected' by many karateka.

One cannot deny that Boxing is the most superior art where 'punching' is concerned and if we look closely at the above mentioned round and hook punches, then karate too, has very similar punches to Boxing. The way boxers put together combinations of punches is fantastic and can be extremely devastating. It would be incredibly hard to 'block' a good boxers punch combination. Yet most clubs don't practice these type of combinations in karate.

When we first start karate, most Western males would throw a punch in a round, haymaker type action, this seems most natural. So, you start off doing round punches 'naturally'. Then after two years karate training it feels totally 'unnatural' not to punch straight as in the usual karate punching techniques. Then all of a sudden in Tekki Shodan we come across a hook punch, kage zuki, and the double punch, yama zuki at the end of Bassai dai. The jodan punch is most definitely a bit like the swinging overhead right or left cross you would have done before karate but a lot more organised. Yet, at this stage it feels horrible to most students.They cannot achieve the thrusting type power found in a straight punch.

The next stage for many at this point will be the shock when they try and apply their straight punches to a 'Bag'. The gyaku zuki feels great on a makiwara but not so hot on a punch bag, where all the fist is absorbed and not just the first two knuckles,(sieken).

All the various punches mentioned, which occur in the Shotokan kata of the round or uppercut variety are 'perfect' for bag work and getting leverage from lateral movement. To me and many karateka I have talked to, it feels more natural to use round punches on a bag and the opposite, namely our straight punches on the makiwara. Try it sometime for yourself, see what you think.

Obviously, because we practice a multitude of techniques within karate which are equally as good as punching, we don't totally specialise as boxers do, but it is well worth studying 'all' the punching techniques within our art, a good left hook as recently displayed by Lennox Lewis on Frank Bruno is a hell of a technique no matter what art you are studying! Coming up from such an angle would make a conventional karate block virtually impossible. So, we must look at these blows very carefully and see what we have that are similar.

Try experimenting with some combinations like; Mawashi zuki jodan - ura zuki chudan and kage zuki chudan as a counter attack in one step sparring. Make up your own combinations. There are no end of variations which can be experimented with.We do have these circular punches at our disposal, right in the heart of our training, 'THEY ARE IN THE KATA'.