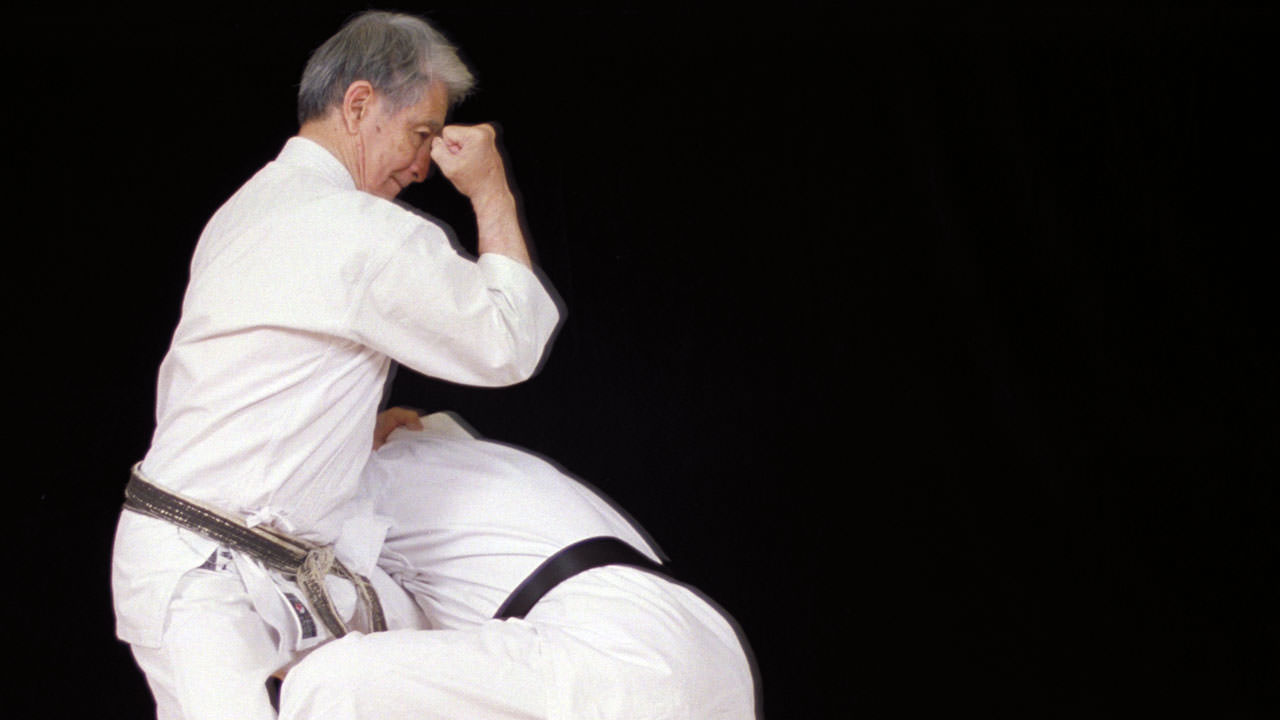 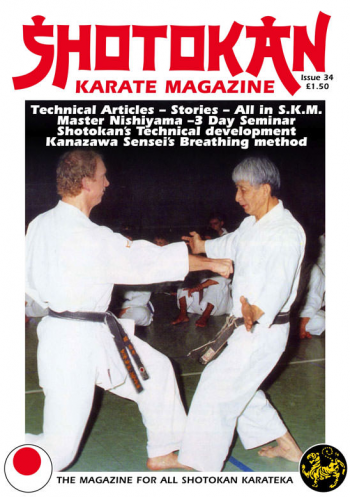 Welcome to the first issue of SKM for 1993. This edition I think has a slightly HISTORIC feel about it with the excellent seminar report from Ken Hollows in Germany by the legendary HIDETAKA NISHIYAMA, still going strong at 66 years old, and one of the few 'living' students of MASTER GICHIN FUNAKOSHI, the SHOTOKAN founder.

If you look in the magazine you will see several new (to this country) book titles by the American SHOTOKAN authority, Randall G. Hassell. A Shotokan practitioner since 1960 and former student of Sensei OKAZAKI. These books have been imported from the U.S.A. and I was going to review them, but better still, there are short excerpts from two of the titles in this issue, with the kind permission of Randall Hassell and FOCUS Publications (U.S.A.).

The interview with the late MASTER, MASATOSHI NAKAYAMA (from 1982), is probably the most in-depth interview by any Western Karateka and this book- length masterpiece on the late J.K.A. Chief Instructor is an amazing insight into his life and the development of SHOTOKAN.

In fact, all Randall Hassell's books are brimming with facts and stories about the very foundation of the SHOTOKAN style. I found them all fascinating reading, although I have had a copy of 'Conversations with the MASTER', (NAKAYAMA) for some time, the other books I have never seen before.

During the American Forces occupation of Japan after World War 2, a filmed documentary was made on SHOTOKAN Karate simply called 'KARATE-DO' Part 1 and 2. This featured footage of training by the J.K.A. Senior Senseis (you even see Master Funakoshi himself watching the training), from as early as 1954 - 56 is now available from SKM. We now have these amazingly historic old movie films on VHS Video (advertised in this issue). NISHIYAMA and NAKAYAMA were outstanding and as stated in my article, 'The Power Source', it is obvious they had an amazing impact and contribution to the way SHOTOKAN technically developed. NAKAYAMA would be round about 40 years old at the time and NISHIYAMA about 27 years old when these films were made.

I sincerely hope you all have a good 1993 and good training to all readers. SHOTOKAN is still 'one' family as far as I am concerned, no matter what you hear or read, so please don't be afraid to attend 'open' courses - you'll always be welcomed by karateka who practice in the true spirit of Karate-do, and in my experience the vast majority of traditional Karate people do practice in this spirit.