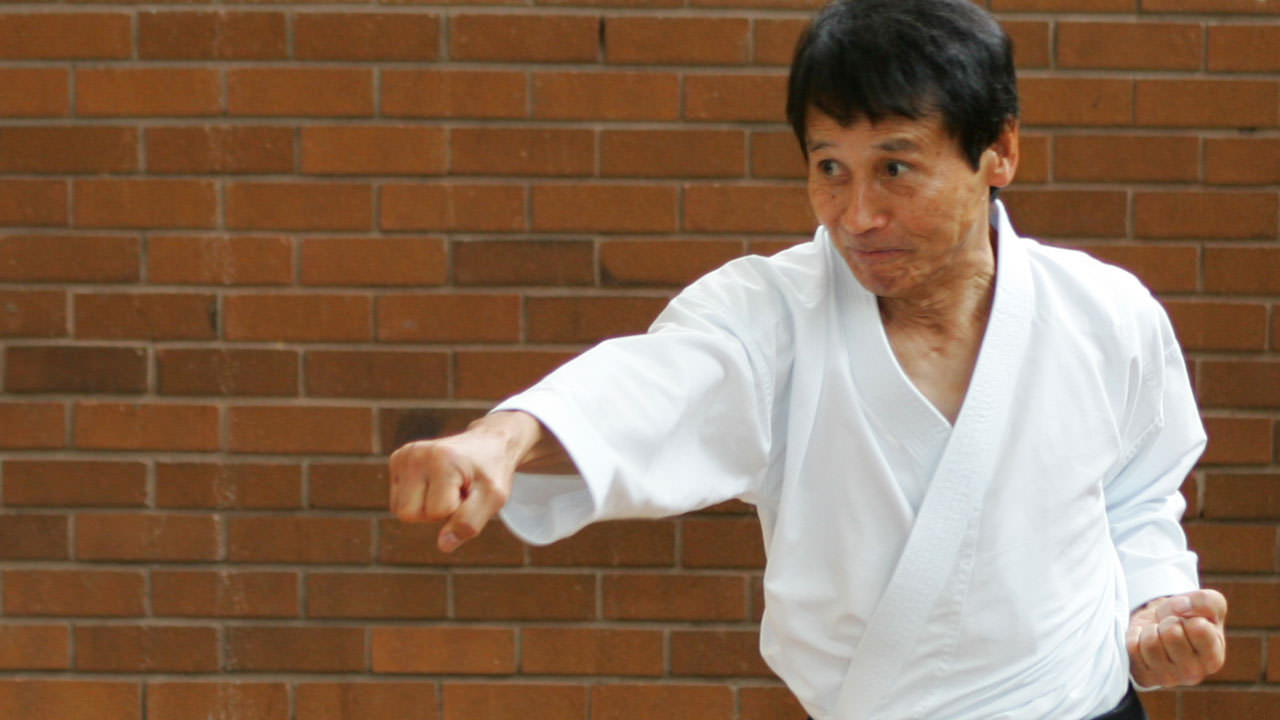 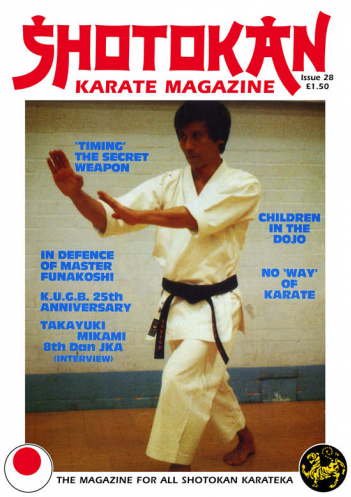 I think you will find that we have some really varied articles in this, the 28th issue of the only all SHOTOKAN magazine in the world. We have a recent interview with the very Senior Japanese Sensei, TAKAYUKI MIKAMI, who resides in the U.S.A. This interview was done especially for S.K.M. by some of Sensei Mikami's students - they are all S.K.M. readers

I personally enjoyed what Steve Cattle has to say about what was definitely Steve's personal 'forte' during his long and very successful Competition career. Namely, that Steve had superb 'TIMING'. He really could read his opponents' actions and strike at exactly the right moment, a marvellous skill. Steve as usual has some very interesting points to make about a subject he has studied in great depth.

The K.U.G.B. celebrate their 25th Anniversary this year, and I thought it would be nice to do an article, considering that virtually 'ALL' the now senior SHOTOKAN people in this country started off with the K.U.G.B. It's a part of British Shotokan History, and they have had some incredible students and instructors over the years. The names read like a 'Who's Who' of Shotokan Karate.
The J.K.A. situation is made even more confusing in this issue because two 'letters' appear, one from each faction of the split. One is in the 'Letters' page and the other is in the K.U.G.B. article. Most confusing! Still that's Karate politics for you. As someone said recently, "Does it matter, just keep training!"

I received an amazing amount of 'letters' about Ken Hollows' comments in the last two issues. So, I've let Ken write an article this time which will 'do a few heads in' as it were! He brings up the point whether or not Karate Masters are really in a position to teach MORALS? Interesting stuff from Mr. Hollows!

ncluded in this issue is, I feel, a very important article by Tracey Phipps, 'Children in the Dojo'. We really do have a responsibility to children who train in Shotokan Karate, and I found Tracey's thoughts and ideas on teaching children very good indeed. They are the future Karate generation, but this brings up Ken Hollows' point about teaching morals! Good training.