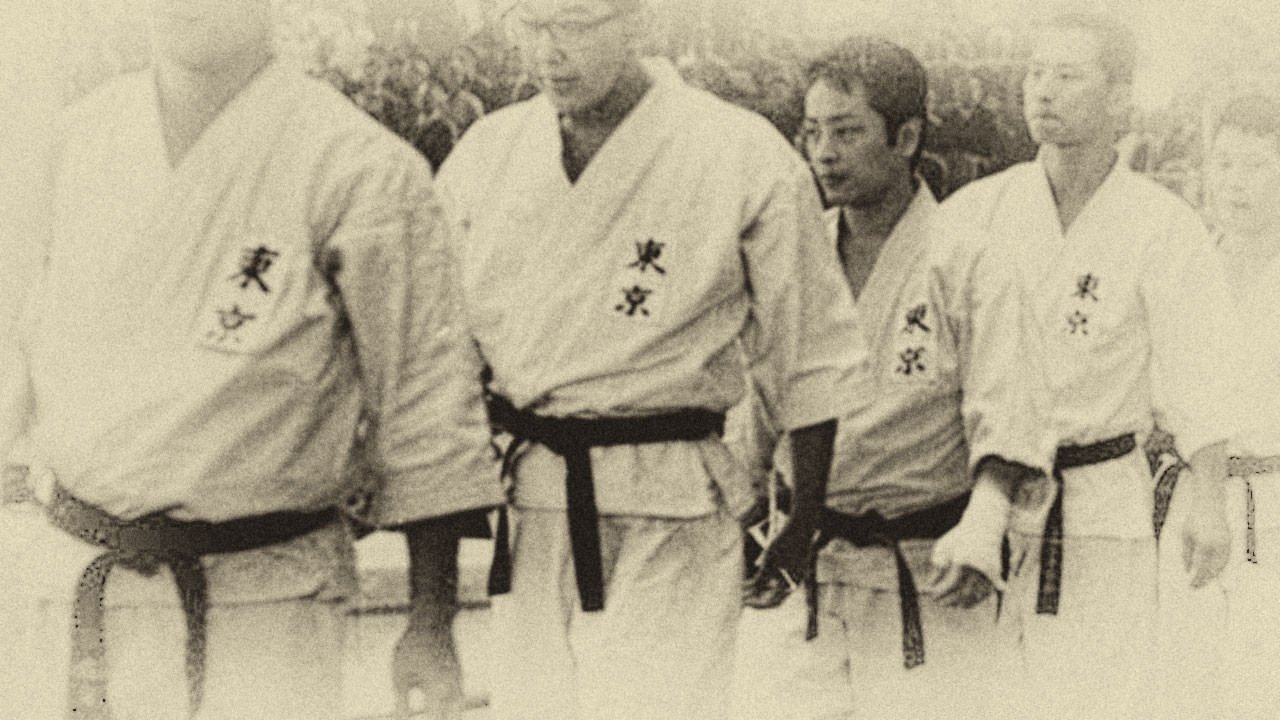 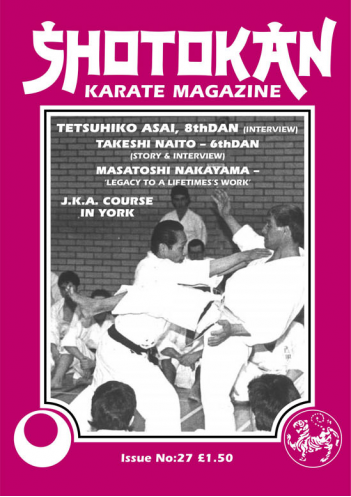 Well here we are again, and now on Issue 27. This is the season for all the many residential training courses throughout the country. I've just got back from the course in YORK with the Japanese Senseis, which was excellent (report in this issue). I also managed to do an interview on the course with Sensei TETSUHIKO ASAI, who now heads one of the J.K.A. factions. TANAKA Sensei seems to be in charge of the other faction of split. They need a 'leader' again after the death of Master NAKAYAMA in 1987. It seems to need someone like Sensei ASAI or TANAKA.

I'm pleased to see that at last the Video tapes Master NAKAYAMA made are now available in the U.K. The other Mystery Tapes, the J.K.A. 26 'Standard Kata' still haven't surfaced on a national level, although I think you can get them from the Marshall Street dojo in London, but I'm not sure about this. I thought it would be interesting to have look in this issue at how different Nationalities view SHOTOKAN training methods. This also covers 'teaching' methods indirectly. So, two 'technical' articles appear this time. One by J.K.A. 6th Dan Robin Rielly, who teaches in America and is the author of several karate books. He has a very 'Traditional' approach to training and teaching Shotokan Karate. Whereas A. G. Sanna, a 3rd Dan with the K.U.G.B. and Italian by birth, has a slightly more modern feel about his teaching methods, although still steeped in the Traditional aspects. To me, A. G. Sanna's is a very EUROPEAN approach as opposed to JAPANESE. But this is just as valid.

Kenny Taylor has done his usual excellent job on his profile and interview with the very popular TAKESHI NAITO Sensei, based in Italy. Interviewing Japanese Senseis can sometimes be a difficult task. The Japanese way of handling questions can be quite different to say, the way a western Instructor would answer. You can sometimes ask a long, involved question, expecting a similar long, involved answer and you get, "OSS, MAYBE", or something like that. Then you could ask a simple question expecting a one word answer, and you get a ten minute reply! Ah! well, we are different nationalities and cultures.

I quite often get 'meaty' letters sent into the magazine, then after reading the letter, right at the bottom they will put....
"This letter is not for publication.".That's what a 'Letters' page is for, to air your views and comments. This is a freedom of speech country, so don't be so shy in voicing your opinion, as long as it's not 'Over The Top'!