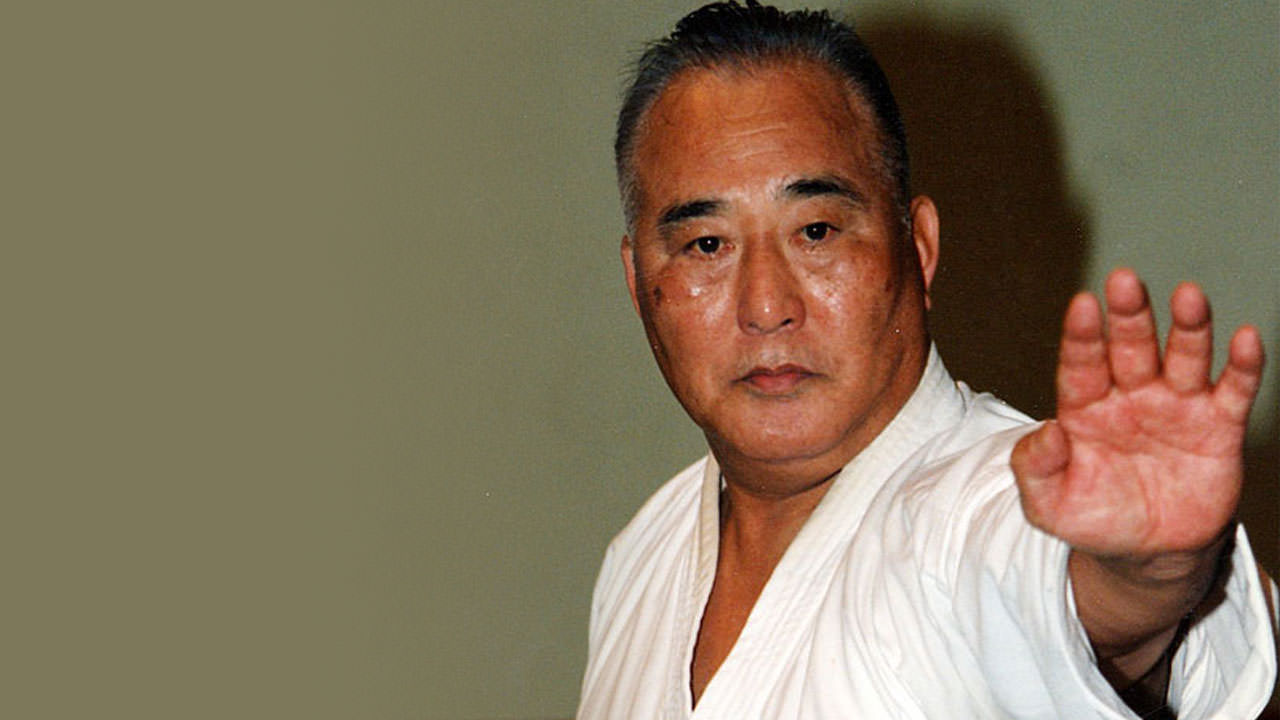 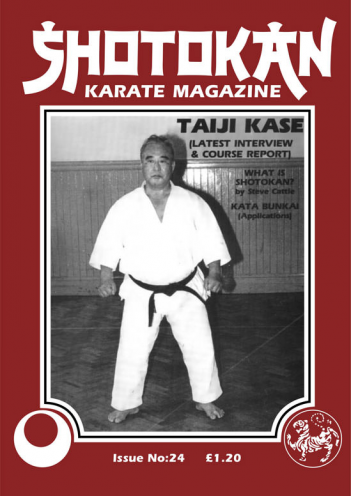 I think after the last issue and great interview with Steve Cattle, that everyone now wants to read about the Sensei whose name is on the lips of all in SHOTOKAN, namely MASTER TAIJI KASE.

S.K.M. in this issue has a totally 'exclusive' and most recent interview (July 14th, 1990) with the great Master. Not since KANAZAWA Sensei split from the J.K.A. has such an important and Senior Shotokan Sensei emerged to form a new World Association for Shotokan, the W.K.S.A. (World Karate Shotokan Academy).
I think you will all enjoy reading this most interesting 1st part story and interview with one of the World's most senior Shotokan Instructors and one of the most gifted and unique teachers of our style.

Getting back to Steve Cattle's interview in the last issue. I've never had so many letters since the Dave Hooper controversy. One most interesting fact is that I did not receive 'one' single complaint or criticism of Steve's 'no holds barred' article. Not one. Everyone loved it. I did get a couple of people on the phone saying that it was discourteous to the K.U.G.B. and to the J.K.A. But these people did 'NOT' put pen to paper!

Love him or hate him, Steve Cattle has done everything. His pedigree is without question on par with anyone in the World. And his appetite for Karate knowledge is insatiable. If you don't know anything about the history of our style, read Steve's article in this issue.
People have been asking for technical articles in the mag so l hope you like Robin Rielly's kata-Bunkai and my short piece on 'stances in kata'. Plus the many technical points in KASE Sensei's interview and course write-up.

Lots of clubs and Associations send reports of their Courses and Championships, etc. to the magazine and I just don't have the room to put them in. I only allocate about three pages to Comps. and Courses so it's very difficult for me with such a specialised publication. I also have a backlog of CLUB PROFILES and Interviews, etc. and I'll try to get round to everybody if possible. You have to be absolutely honest and think that Association Courses and Championships are really only of interest to those people in that particular Association. I just skip through all that stuff in other mags. I don't know about you.

One important point for up and coming students. There are many, many marvellous Instructors of our style. Just as there are many fine Tennis or Golf coaches. You just find out through time who's right for you and follow their way. The word 'better' does not even come into it. They are 'all' different in some way.

Do Karate for yourself. EDITOR.