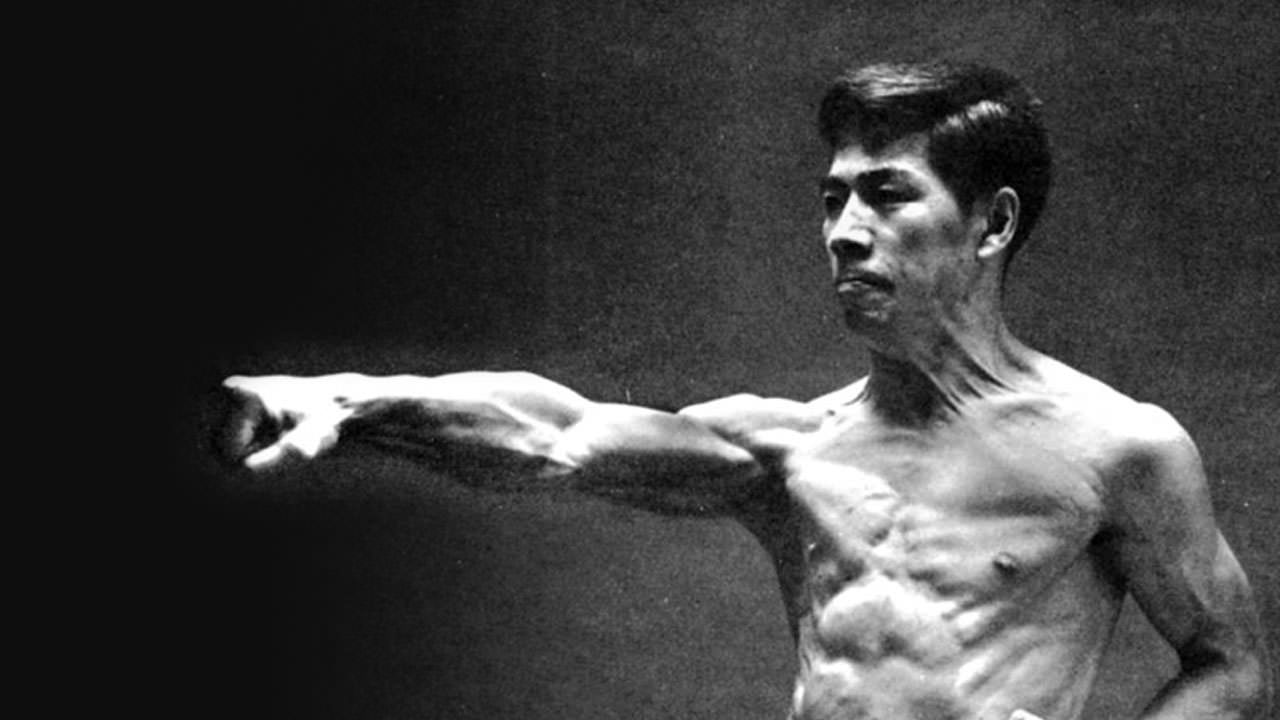 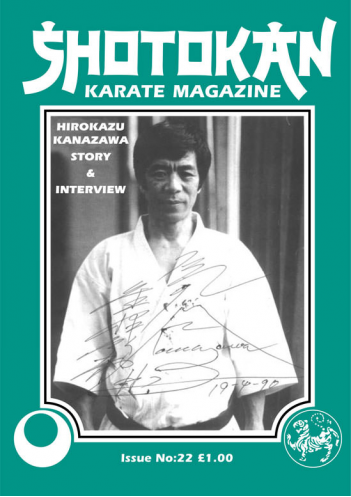 HIROKAZU KANAZAWA Impressions of a legend

What better way to start the first edition of 1990 than with an exclusive interview with World Shotokan Master, Hirokasu Kanazawa 9th Dan, the father of Shotokan Karate in Britain .
With Kanazawa Sensei's humility and spirit in mind, I thought it would be very apt to publish this poem kindly sent to me by Mick Dewey and written by one of his students from the Portsmouth (S.E.K.U.) dojo...

KARATE-DO by Karen Hicks
There's a Japanese word that we all understand,
translated, in English, it means 'empty hand';
Its history and roots are still shrouded in doubt,
Karate's the word that I'm talking about;
Research has been done, and as far as we know,
Karate was founded five Centuries ago;
In Okinawa, an Isle off the coast of Japan,
King Hashi, the Shogun, decided to ban
all weapons, to try to enforce law and order;
This worked very well, until, over the border,
came Samurai Knights from the Satsuma Clan;
The Okinawan's did well, they fought hard every man,
but it wasn't enough, the battle was lost-
They all did their best and then counted the cost
The Samurai ruled and they liked to attack,
The Okinawan's were helpless, they couldn't fight back,
so gradually developed a form of defence
that needed no weapons - you see, it makes sense;
They practiced in secret, telling no-one,
The art was passed down from father to son;
That was the way it might always have been
but Funakoshi Sensei came onto the scene;
He gave the first public demo of this fine Martial Art,
in Okinawa at first, but this was only the start;
The following year - nineteen twenty two
the Crown Prince of Japan asked him to do
a demo for him in mainland Japan,
And this art of our style, Shotokan;
Ever since then, Karate has grown,
all over the World, you'll find it's well known;
But over the years, Karate has changed,
its traditions and values have been re-arranged;
We'd do well to remember its humble beginning,
Too many of us think only of winning;
The ultimate aim of true Karate-Do
Lies in perfection of character, this much we should know;
I quote Funakoshi, but my views are the same,
Karate's a Martial Art, not a game;
It just doesn't matter who won or who lost,
How much does a little humility cost?
We should train hard, with respect, our minds should be clear
of feelings of hatred, or anger or fear;
if our students can learn this, when we're dead and gone,
traditional Karate will still carry on.