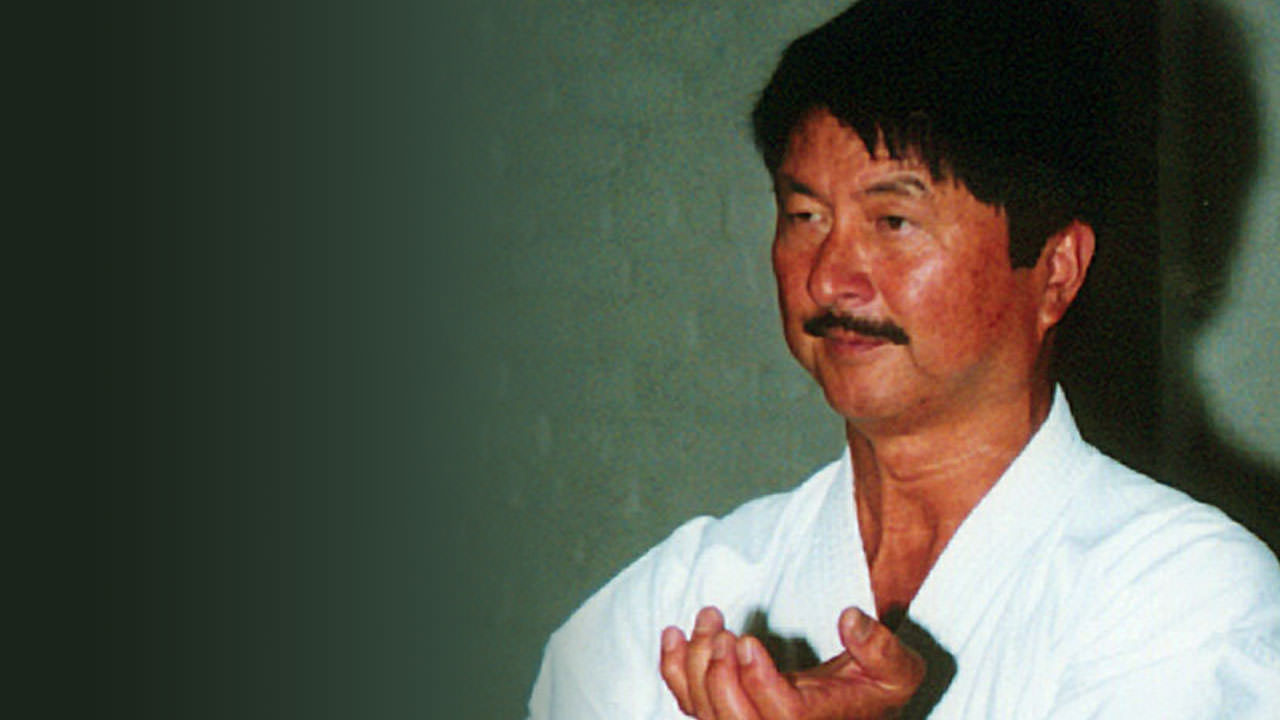 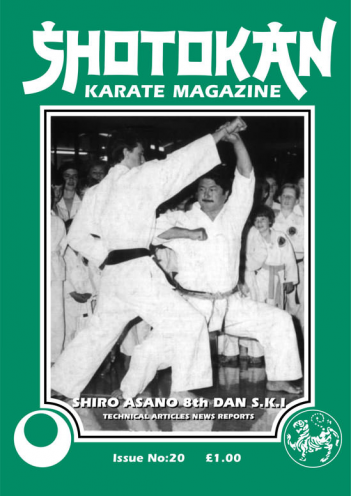 SHOJUN SUGIYAMA: The one that got away. By S. Hyland & J. Berry. Sensei - Student ...Father - Son. By John Cheetham. Letters to the editor. Shotokan News and Views. ZENKUTSU DACHI - How to make it right for 'YOU'. By John Cheetham. SHOTOKAN 'POLITICS' - Should we be interested? By J. Cheetham. DAVE HOOPER - 'The dust settles, or does it?' By Steve Hyland. Shotokan at the Dutch Open. S.K.G.B. Report. Shotokan Course and Comp Reports - Seishinkai & Toyakwai. SENSEI SHIRO ASANO Course. S.K.I. Report.

I have recently been asked which Shotokan organisation I personally belong to, or do I have my own set-up or ever? I actually am not politically or administratively involved with anyone. I am an honorary member of several groups. My own Instructor is Sensei Kato and my members are members of his association, Kodokai, and take their Dan gradings under him. I do regular courses with Steve Hyland from N.A.S.K.O. but have no political or administrative connection with any group. I just like having a Top Class Japanese Shotokan Sensei to learn more about our marvellous style from. It's that simple.

I think two articles in this issue may be thought of as quite controversial but that's what magazines are for, to bring things out into the open and let people make up their own mind's about the various issues involved. One of my articles looks at how Politics in Karate can, and sometimes does affect your actual training. Secondly, Steve Hyland's in-depth research into the differences between J.K.A. Shotokan and some British taught Shotokan. Shotokan has developed in this country to be considerably different both in Basic Techniques and KATA to what was originally taught by the J.K.A. Instructors who first came to this country in the mid 1960's. This is a very 'touchy' subject but needs to be looked at by teachers and students.

Steve Hyland's article was inspired by Dave Hooper who was the first person to come out and say that some in this country practice a Shotokan that is far removed from that of the home of Shotokan, namely the JAPAN KARATE ASSOCIATION. A very interesting comparison!

Obviously some groups are practising as near to J.K.A. Shotokan as possible but some are not! The Senior S.K.I. Sensei's, Kanazawa and Asano still teach Shotokan basics the way they themselves were taught at the J.K.A. So it is the British who have changed Shotokan not the Japanese Sensei's.

There are some great courses this summer. If you have not already been on a residential Shotokan training week or weekend course then get out there and start training with the wealth of Shotokan talent we have on offer in this country today.