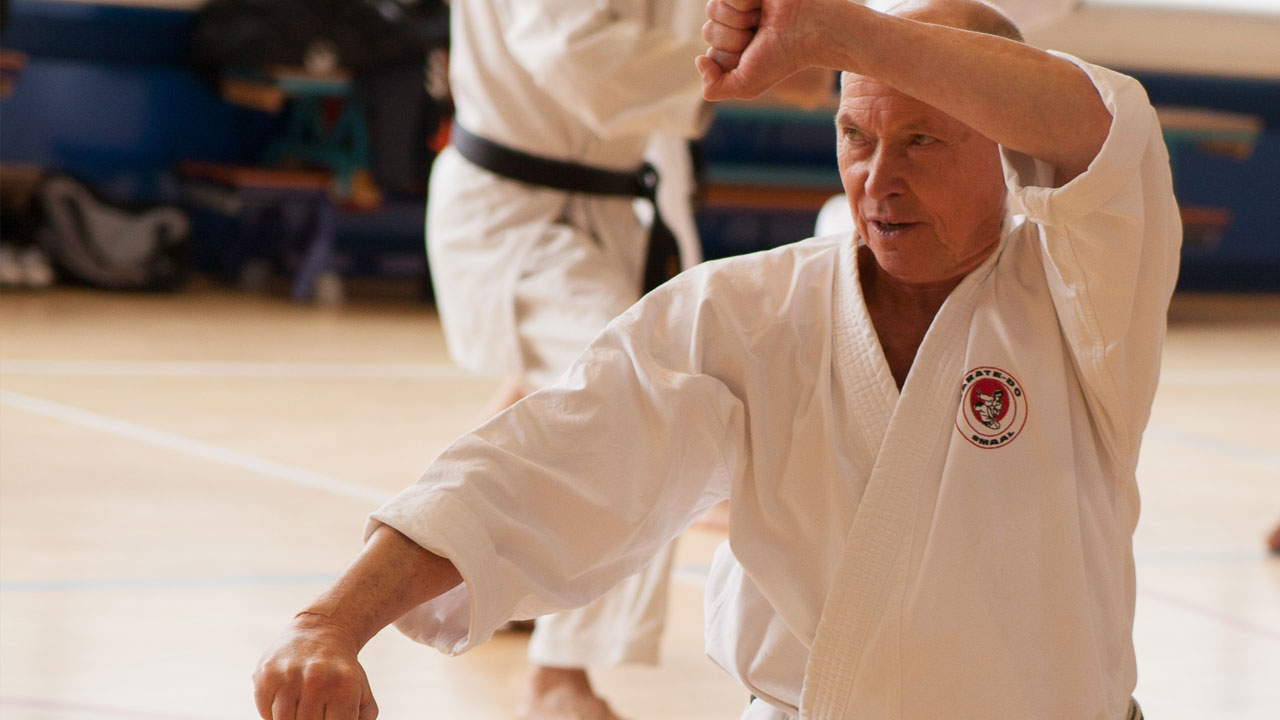 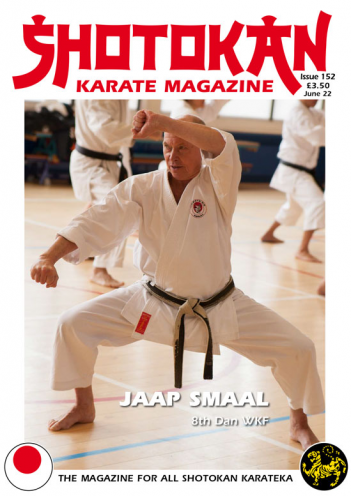 SENSEI JAAP SMAAL 8th Dan WKF. Interview By André Brockbernd. LETTERS TO THE EDITOR. MASTER TSUTOMU OHSHIMA: WASEDA UNIVERSITY LECTURES. TSUKI WAZA – WHAT’S IN A NAME? By Martin Hurley. THE JOINT-FRIENDLY PUNCH (TSUKI): A SUGGESTION. By Dr Wolf Herbert. TO THINE OWN SELF BE TRUE. By Paul Mitchell. FEAR IN THE DOJO. By Dr. Kris Chapman TEACHING KARATE-DO DURING THE PANDEMIC. Organized By Isami Shiroma.

This issue as usual, has some varied articles, both historical, philosophical and technical. The main feature is an interview with sensei Jaap Smaal 8th Dan WKF based in the Netherlands. This is very interesting because like many Shotokan instructors, Jaap Smaal sensei has his foot in both camps, Budo karate and Sport karate. However, he does stress that both are very different. The competition element seems like a necessary part of running a Shotokan dojo for the majority of groups and in truth, it has always been like this.

Modern ‘Sport karate’ is not everyone’s cup of tea. It’s nothing like the old shobu-ippon! However, the fact is that competition has been a huge part of Shotokan karate since the mid-1950s. If you have a dojo with young students it’s likely that you will do some form of competition type kumite training. It’s a young students domain.

I think it would be fair to say that generally speaking, SKM is geared to a karate audience of people mostly over 35/40 years of age. We don’t feature tournaments these days. Probably most readers are past their competition era yet still maintain their training in a dojo who will likely have three times as many children and young adults training than older members. By far the vast majority who practise Shotokan karate are of the younger generation. I’ve mentioned before the fact that most Shotokan training methods are more in tune with a young person’s karate, as karate is an extremely dynamic, physical, athletic type of activity, perfectly suited for young students, many who, may also wish to compete!

In numerous Shotokan videos, we see a lot of competition style kumite. It’s great for fitness, speed of movement, timing etc. So, for young people it’s perfect. However, apart from the cardiovascular fitness angle, bouncing around doing this type kumite seems a bit pointless for karate-ka who’s competition days are long past. All one’s training needs is a slight adjustment. We can still practise for speed of movement, timing etc, but in a more realistic way. People don’t bounce around sparring in real fights or in self-defence situations or certainly not in Kata, yet we still need good timing and fast reaction in our training.

I watched a video clip recently of a young instructor teaching a class and he had the students in a very deep squatting position then dynamically leaping forward into various techniques. I thought, WOW! Fine when you are young but.... later on?

We used to do that in the 70s/80s, and now a lot of knees/hips are kaput!! It’s not only Karate or other Martial Arts who need to think about biomechanically sound technique and not over-training etc. There are Ballet dancers who can hardly walk after retiring! Soccer players, Athletes, Gymnasts, many suffer muscular/joint problems in later life. So, take good care of your body, it’s the only one you’ve got!

There are two articles in this issue dealing with tsuki waza (straight punch), yet both are coming from a totally different perspective. It’s fascinating regarding both the actual technique aspect and also a very different type of tsuki application.