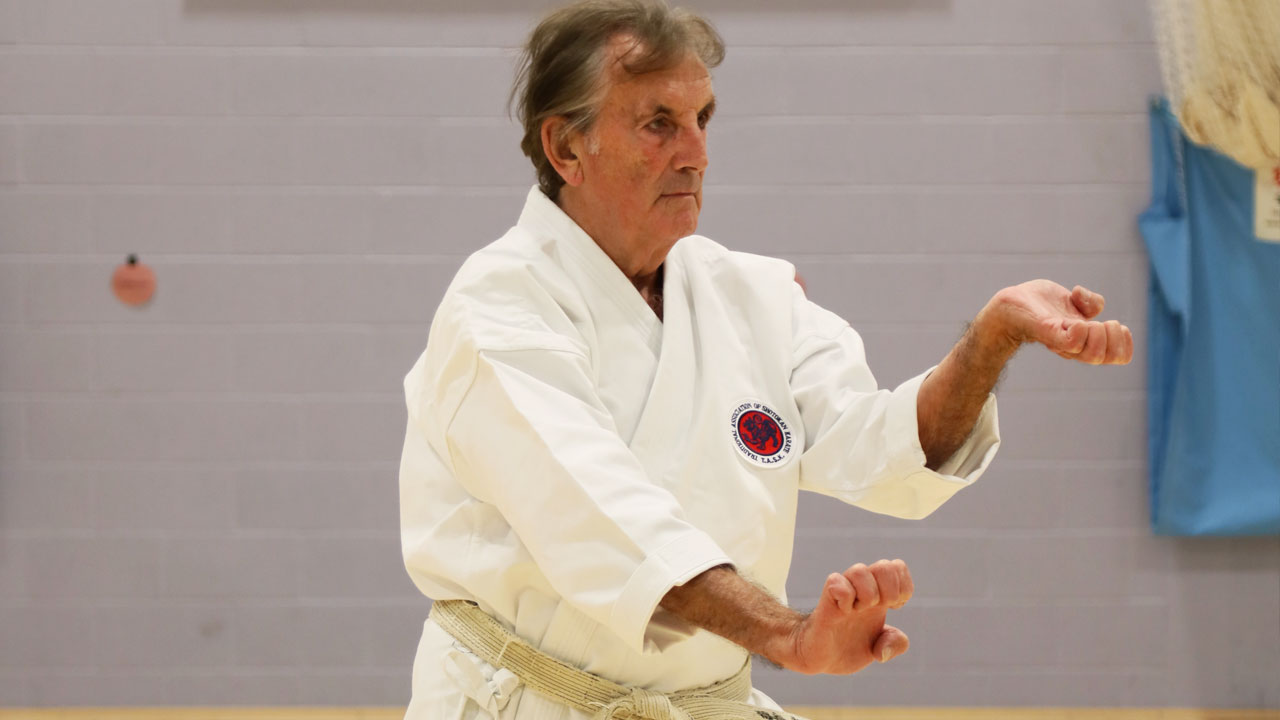 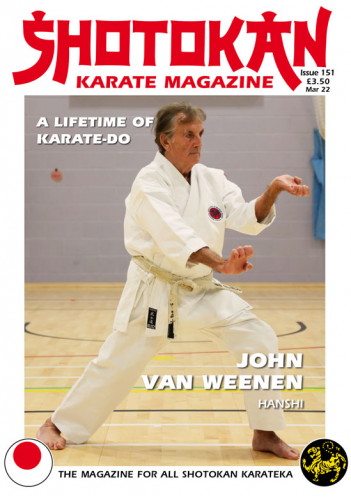 John van Weenen is a very well known Shotokan sensei in the UK. Now in his 8th decade and after nearly 60 years training this is the second interview SKM has conducted with this much liked instructor. The first (two-part) interview appeared in SKM Issues No’s 11&12 (1987).

This latest is an interesting interview covering a wide range of topics and after so many years and so much experience in karate-do, this generation of karateka have to be listened to. His early exploits in Japan in the 1960s with the then very young JKA instructors is fascinating and a very honest account. He points out that his number one Sensei from the word go, was the late Shotokan genius, Hirokazu Kanazawa, who was not only a brilliant karate technician but a wonderful human being who is sadly missed by all.

John van Weenen has a great pedigree in Shotokan Karate-do and I’m sure many UK and Worldwide Shotokan karateka young and old will enjoy this trip down Shotokan’s memory lane. For people who possibly don’t know this, I can tell you that JVW has done some wonderful, humanitarian work in the Balkan’s.

We have some extremely diverse articles in this edition both technical and philosophical. ‘The Pelvic Tilt’ by Alex Chichvarin covers an often overlooked technical point which also is important from a health aspect as it’s about taking care of your spine, vital for any athletic or life-activity, including karate of course.

JD Swanson’s article offers food for thought regarding choosing kata to suit your physical and mental perspective and personality which is equally important. For many Shotokan karateka it’s compelling because your kata preferences will likely change several times over the years.

Dr Bill Laich’s article takes a profound look at the sensei-student relationship which can have a huge effect on a student’s progress. However, I believe it depends to a great extent on whether the student’s attitude to karate is like a part-time hobby along with football, tennis, golf etc, or a ‘do’ a way/path to a karate-based lifestyle, there’s a big difference. Anyone who has taught karate will know the huge disappointment of seeing a very promising student give-up training completely after a couple of years, yet this frequently happens. Bill’s article describes what should be the perfect scenario, unfortunately it doesn’t always work out that way in the real world.

In the first part of the article ‘Being in a State’, Matthew Last was suggesting psychological sports-coaching methods/ideas. However, Matthew stated, “I hope that a coaching approach can help but recognise that it won’t be a substitute.”

It’s a bit like the Budo–Sport debate. We know that sportsmen and women work on the psychological aspect to great effect.

In the second part of the article, Scott Langley commented that coaching is very different from teaching. Scott also stated, “Use that method to teach and it would be disastrous.” Although later he mentioned the possibility of the twin approach. You’ll have your own take on this but being old-school, I can’t warm to this coaching idea!