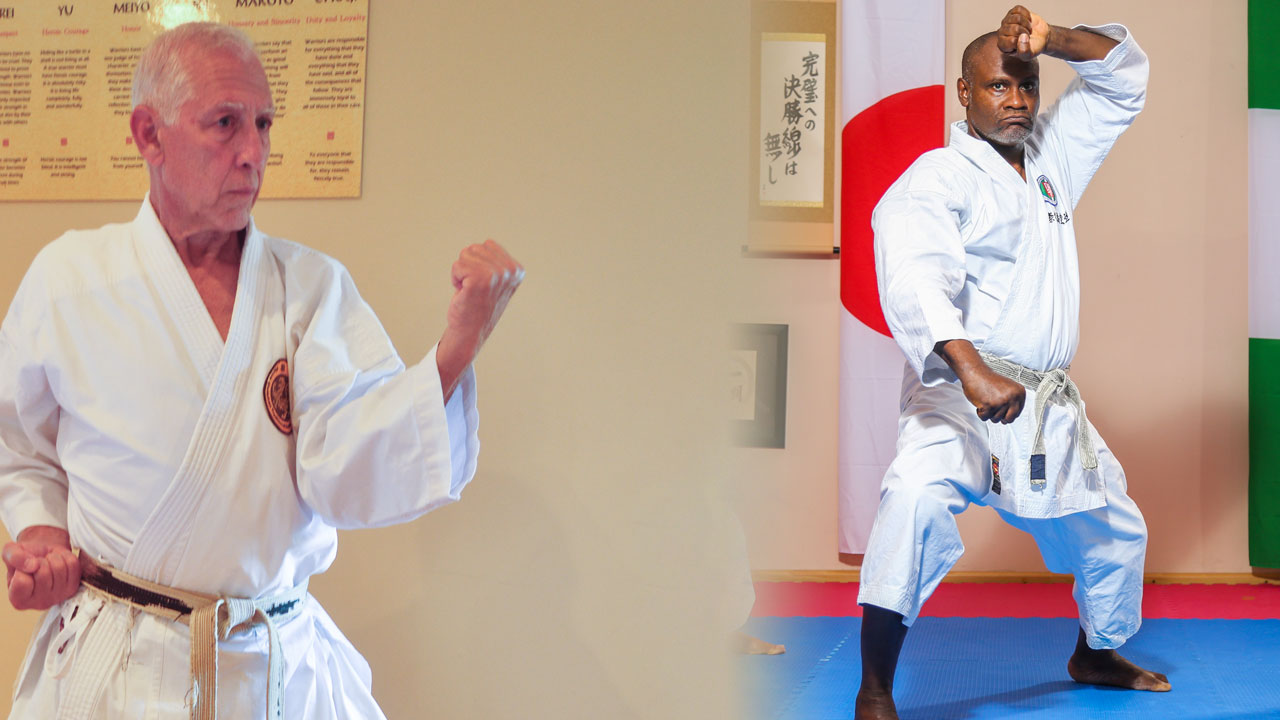 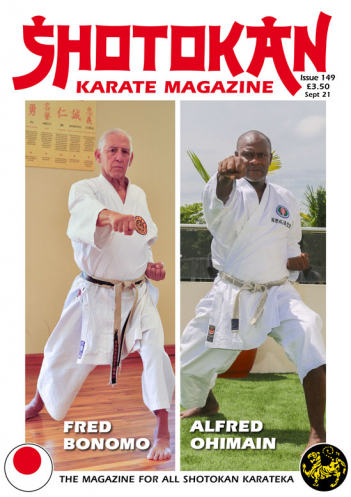 As you will see, we have two different types of interviews in this edition of SKM. Alfred Ohimain is one of the most senior Shotokan instructors in Nigeria. We don’t often hear about Nigerian Shotokan karateka but I can tell you that the NSKA (Nigerian Shotokan Karate Association) are a very strong group in every sense of the word. This interview was conducted by a good friend of SKM – Bob Bamgboye 6th Dan WSKF (Hitoshi Kasuya sensei’s Federation). Bob, who resides in Nigeria has contributed several times to SKM in the past, so a big thank you to him.

When you read about the hardship of sensei Ohimain’s early training in Nigeria; training outside in blistering heat on concrete floors etc, it makes you realise how lucky we were to have the luxury of sports centres or better still dojos with wooden floors. And that goes for early training in Japan also, probably more so because I think it was compulsory to have a dojo with a wooden floor in Japan.

The other interview in this edition features an interesting story with sensei Fred Bonomo 5th Dan, Chief Instructor of the Florida Shotokan Karate Association. Fred has had a very colourful professional career in conjunction with his devotion to Shotokan Karate-do. His study of Japanese Arts which was part of his Philosophy Ph.D., is fascinating and his description and explanation of the history of Kata and how it has effected all aspects of Japanese culture and not only Karate, is educational. He stated... “Kata became the premiere methodology for providing detailed and effective instruction for virtually everything the Japanese did.” Fred sensei has a strong focus on the history, study and practice of kata bunkai. Thanks to SKM friend and contributor David Palumbo for conducting interview.

Matt Price’s article starts off in a humorous way, very tongue in cheek but later has serious overtones and offers very good advice regarding ‘motivation’. But as Matt says... “We must take care not to kill it with those unobtainable goals.”

The story on Maurice Doucet features a group of karateka from a small Canadian rural community. This is what makes Shotokan Karate-do tick. These are the untold heroes, the rank and file karateka who have dedicated their lives to the Shotokan cause all over the world.

Sometimes senior instructors can’t relate to mere mortals: their superior technique/flexibility are beyond the average student. I often watch senior sensei demonstrating techniques but there is no way physically that the average student can do what they do. I would prefer to see them demonstrate by picking-out an average student and show them how to make it work! Karate isn’t about copying, it’s about learning the principles regardless of one’s body-type.

We had a very positive response to the two videos we put on SKM’s Facebook page featuring dojo training for Shotokan kata Sochin and Meikyo with and without a Bo or Jo: it works with many Shotokan Kata and various kata movements lend themselves very easily and naturally to the Bo and make a lot more sense than many hypothesised open-hand applications.

There are two very important, practical, yet extremely underused and misunderstood concepts when training to develop