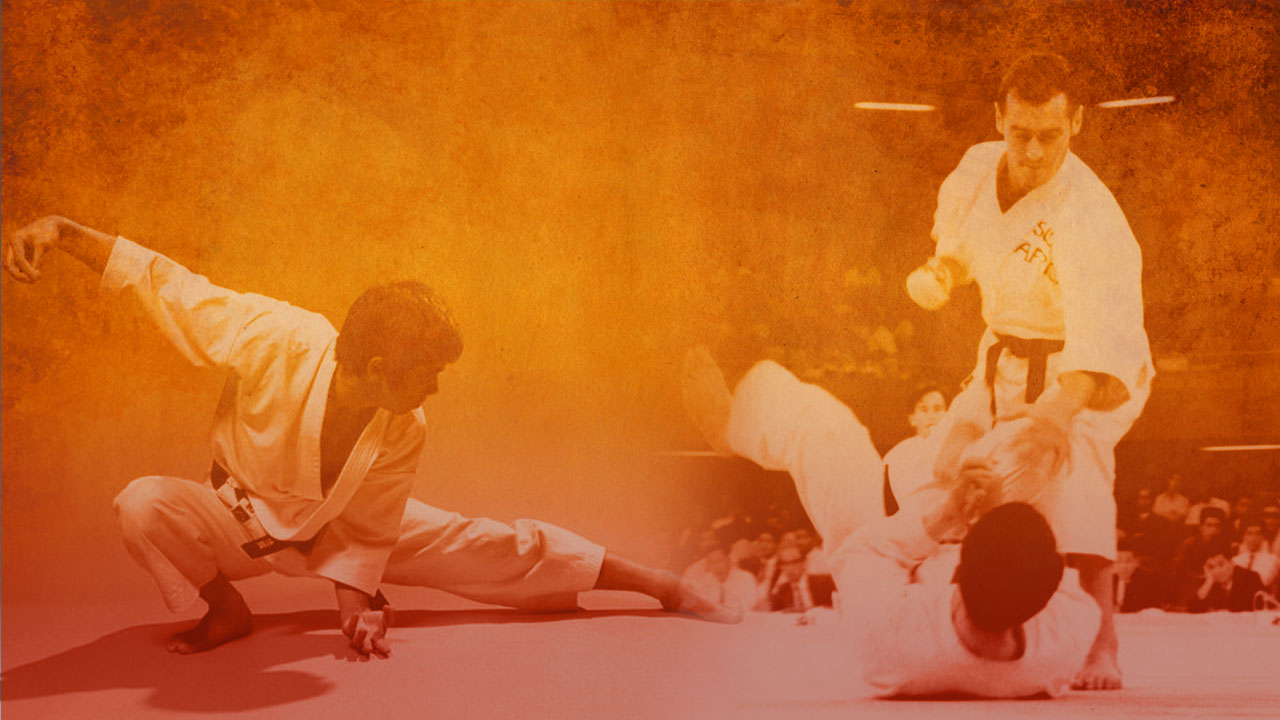 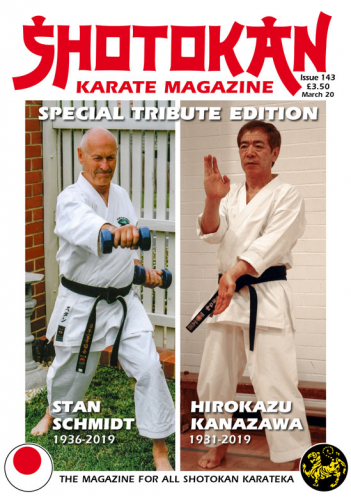 When I thought about doing this tribute to the late Hirokazu Kanazawa Soke and Sensei Stan Schmidt, who both passed away in the latter part of last year, originally I was going to ask various people and former students who knew them well, to offer their thoughts on these most iconic International Shotokan sensei.

However, finally, I felt it would be far more significant and meaningful to actually read and absorb the thoughts, opinions and views of Senseis Kanazawa and Schmidt themselves, in their own words. They were both featured in SKM many times over the years.

We could have filled pages and pages of the magazine with personal tributes to both men. However, I make no apology for re-producing several older interviews and articles with both senseis Kanazawa and Stan Schmidt. Most readers will not have seen these earlier SKM articles and I personally really enjoyed re-reading the wise-words from these vastly experienced senior Sensei of Shotokan Karate-do.

The Legendary Hirokazu Kanazawa Soke 10th Dan, the Head Master of SKIF sadly passed away on December 8th 2019 at the age of 88. Without doubt one of the most well known, admired and revered Shotokan Masters of the last six decades. Highly respected by the whole Karate family regardless of style. Apart from being a technical genius, Kanazawa sensei was a true gentleman in every sense of the word. He was one of the most approachable senior Shotokan Masters that I personally ever met. Totally open-minded and willing to speak with everyone regardless of age or rank. The word ‘Legend’ is totally apt for this amazing, unique Karate Master. Kanazawa Soke holds a special place in the hearts of many Shotokan karateka.

Sensei Stan Schmidt was known as ‘The Father of South African Karate’. He was born on 6 October 1936 in Kokstad, Transkei, South Africa. He was educated at King Edward VII High School. He attended the University of South Africa where he obtained a Master’s degree in Communications. He died on 7th October 2019 age 83. For me he was one of the most distinguished and influential international non-Japanese karate sensei in the world. Sensei Stan Schmidt was Old-School, a hard-man of karate, yet a gentle-man outside the dojo, a religious-man and a humble-man. His early training regime was notoriously tough and he continued throughout his life training, practising, studying the martial art he had devoted his life to. A devout family man, sensei Stan eventually emigrated to Australia with his whole family and continued his Karate-do journey right up until his passing.

One by one all the greats of Shotokan are sadly departing this world but they leave a timeless legacy through their incredible contribution to the art. I personally think they are irreplaceable.

SKM offers our deepest condolences to the families and friends of both Hirokazu Kanazawa Soke and Sensei Stan Schmidt.

Both sensei will be sadly missed by their thousands of students around the world. With respect. RIP Osu!