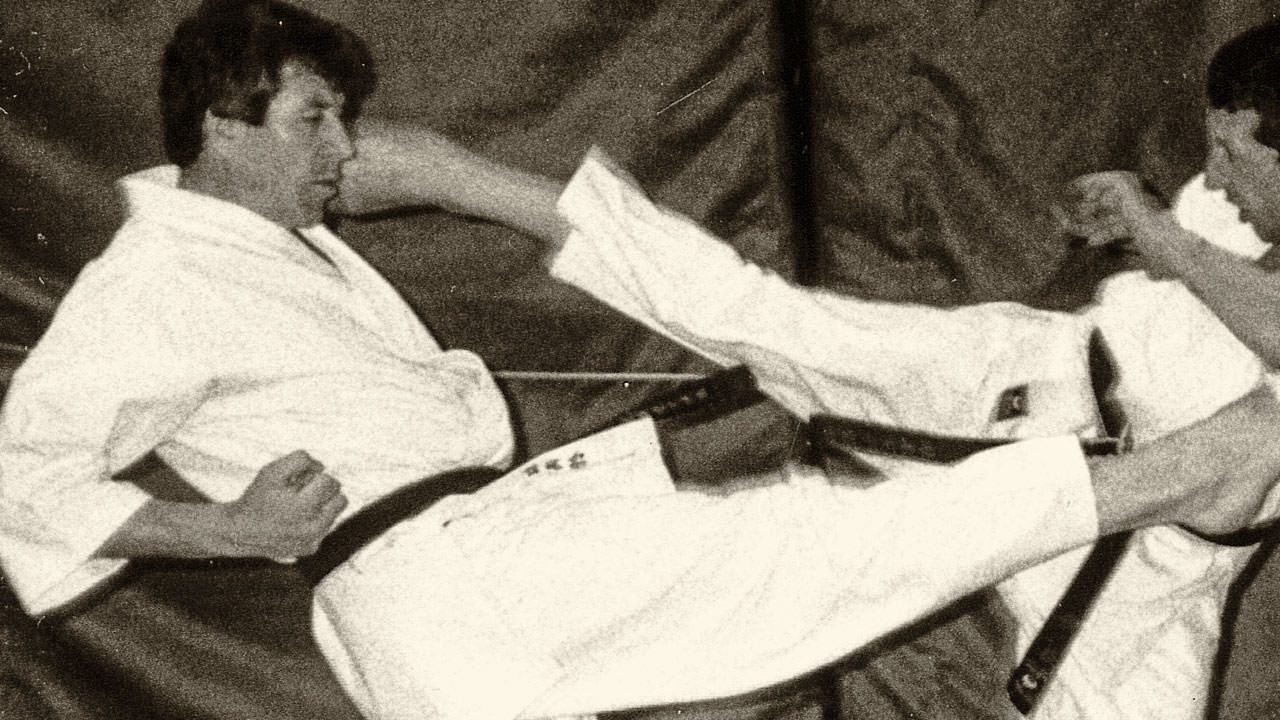 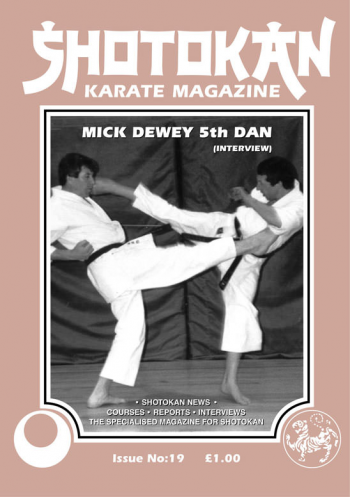 Welcome to issue No.19 and although many people thought it wouldn't last, SKM is still around and going from strength to strength. I've no intention of getting onto the news-stands at the present time for many reasons but SKM now has a massive following with students all over the U.K.

I'm very happy to feature articles once more by Sensei Shojiro Koyama 7th Dan (based in U.S.A.) and by Steve Hyland. I've received so many letters saying how much you all enjoyed Koyama sensei's article in the last issue (No.18) and also about Steve's consistently well written pieces on varying karate subjects.

Also featured is an interview with Mick Dewey, the Chief Instructor of S.E.K.U. (The South of England Karate Union). Mick was for many years a student of Enoeda Sensei and together with Dave Hazard and Mervyn O'Donnoll, Mick has built a very strong group of clubs within S.E.K.U. of a high technical standard.

Summer is upon us once again and yet again there are lots of Shotokan Summer Courses to attend. If you have never trained on a course of this type you really ought to give it a try. Both for the karate training and the friendship which arises through training with other people from all walks of life who share your own common interest.

I think you will find the article, 'The History of Competition' interesting even if you are personally not really interested in actual 'competition'. Master Nishiyama of the JKA certainly saw what was going to happen even twenty five years ago. Remember this was when you had to be at least Dan-grade to compete in any JKA events.

I have once again written an article which I feel very strongly about, namely, 'CONTROL'. Gone are the days, I believe, when students come out of karate dojo's with bad injuries through stupid and unnecessary, poorly controlled techniques.

This should not happen. Obviously accidents will always occur but we should make 'good control' a very important part of our dojo training. Editor.